In case you’ve missed it, the New York Times decided to publish an anonymous op-ed piece from a “senior official” within the Trump Administration.  Basically, the anonymous writer wants us to know that although he — and, according to him, others working in the executive branch — consider President Trump to be incredibly impulsive, erratic, unprincipled, uncivil, unwise, and prone to rants, the “senior official” and others who share his views are working behind the scenes to thwart the parts of the President’s agenda that they think are ill-advised and not in the country’s best interests. 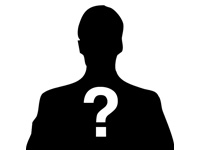 The “senior official” says he’s not part of the so-called “deep state,” but is instead part of the “steady state.”  He says he and other like-minded members of the Trump Administration “will do what we can to steer the administration in the right direction until — one way or another — it’s over.”  I suppose the “senior official” thinks such statements are supposed to be reassuring to those of us who didn’t vote for the President and oppose his policies, but I wonder:  is it really better that unelected individuals, clad in anonymity, are making important, behind-the-scenes decisions based on their own personal views of what they think is best?  President Trump — or for that matter, President Obama, President Bush, and any other President — clearly is answerable to voters, his political opponents, and the news media for his decisions, actions, and policies; anonymous “senior officials” who are supposedly steering policy aren’t.  When you think about it, the hubris of the “senior official” is pretty breathtaking, and his anonymity and lack of accountability aren’t reassuring, they’re alarming.

The Times explained its decision to publish the op-ed as follows:  “The Times today is taking the rare step of publishing an anonymous Op-Ed essay. We have done so at the request of the author, a senior official in the Trump administration whose identity is known to us and whose job would be jeopardized by its disclosure. We believe publishing this essay anonymously is the only way to deliver an important perspective to our readers.”  The key part of that description, from my perspective, is that the senior official’s job would be jeopardized if he were identified as the anonymous op-ed writer.  No kidding!  And, if it were any other President we were talking about, wouldn’t everyone recognize that of course the President should have the ability to fire someone who confesses to being part of an organized resistance and acting to routinely undermine his decisions?

The Times introduction, quoted above, says publishing an anonymous op-ed is a “rare step.”  I’d be interested in knowing whether it has ever been done before.  Allowing people to express their opinions anonymously in the pages of the New York Times is like allowing internet commentators with screen names to take over the op-ed page itself.  As a journalistic matter, wouldn’t it be better to make the “senior official” an anonymous source and take any newsworthy information he provided and work it into a news story, as has been done for decades, rather than giving him a platform to voice his opinions because the Times thinks they “deliver an important perspective”?

I hope we are not setting a dangerous precedent here.