I made a promise to myself to not post anything about politics until after the election is over next week, but I’m going to make an exception of sorts tonight. 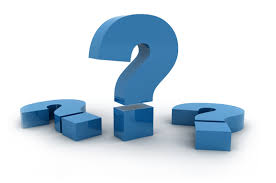 I ran across this New York Times article about the Ohio Democratic Party’s efforts to try to get Ohio to flip from the Republican column — to my amazement, and the amazement of many, Ohio went heavily for Donald Trump in the election — to the Democratic column.  It’s an interesting treatment of how Ohio Democrats have tried to refine and revise their message to get Ohioans to vote Democratic this time.

What’s really of interest to me, however, isn’t the inside baseball talk about how the Democrats are tried to rebuild the winning coalition they used to have in Ohio, but the clear underlying message that resonates in virtually every paragraph of the piece:  none of the politicos really know exactly how Ohioans will react this year.  Whether Democrat or Republican, the political types will do their best and present what they hope is a winning message, but come Election Day they’ll hold their breath and keep their fingers crossed that they hit the target.  Until then, in Ohio, nobody really knows.

During my years of living in Ohio, we’ve had periods where Democrats dominated at the state levels, periods where Republicans dominated, and transitional periods between those two poles.  Whenever we reach one of the poles — Democrat or Republican — somebody declares that Ohio has now moved firmly and immutably into that camp, only to find Ohioans vote for the other party the next election.  In Ohio, conventional political wisdom often turns out to be conventional foolishness.

Call me a provocateur, but I think it’s great that Ohio’s unpredictability routinely confounds the political know-it-alls on both sides.  Maybe, just maybe, they don’t really know as much as they think.