Some entity I’ve never heard of came out with their list of the fattest states in America.  Of course, I checked to see where Ohio ranked, and found that we’re at number 12 on the portly parade — not quite cracking the Top Ten of Tubbiness, but definitely up there farther than we want to be. 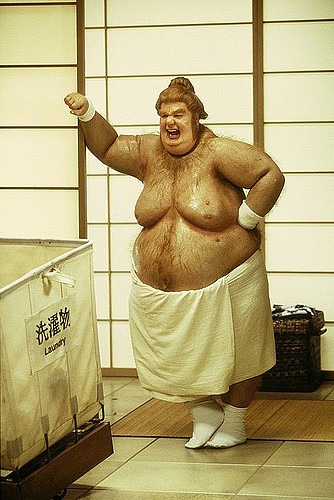 An outfit called WalletHub (has anybody heard of these guys?) supposedly looked at three factors — “obesity and overweight prevalence, health consequences and food and fitness” — to determine their rankings.  By their analysis, Mississippi, West Virginia, and Arkansas rank 1, 2, and 3 in overall corpulence, whereas Colorado, Utah, and Hawaii, respectively, are the top three at the slender end of the spectrum.  And notwithstanding all of the lobbying fat cats who prowl the halls of Congress, the District of Columbia is found to be one of the slimmest jurisdictions in the U.S.

I’m always skeptical of these kinds of rankings of states, but the news stories never get into the details of how they are developed that would allow proper analysis.  Precisely how was the “obesity and overweight prevalence” factor in this study determined?  Is there some kind of secret federal blubber database that was consulted?  And does food and fitness just look at the availability of food and workout facilities, or the kind of food that is consumed, or the use of restaurants and fitness outlets, or something else?  How in the world would you determine, for example, that Ohio is marginally fatter than That State Up North?

All that said, it’s clear that Ohio has work to do.  We don’t want to crack the Top Ten on the State Stoutness Scale and be known as Obese Ohio.  It’s time to put down those delectable Buckeye candies, push back from the kitchen table, hop on the elliptical or the bike, break out the weights, and start turning blubbery Buckeyes into buff Buckeyes.