Payless Shoe Stores, a low-cost shoe outlet found in many American cities, recently conducted an interesting social experiment testing the utter gullibility of American consumers.  In an effort to see just how much people would pay for its shoes, Payless created a new website and Instagram account and opened a pop-up store called Palessi — get it? — in a Los Angeles mall.  It then invited “influencers” to attend a grand opening of the store in exchange for receipt of a small stipend. 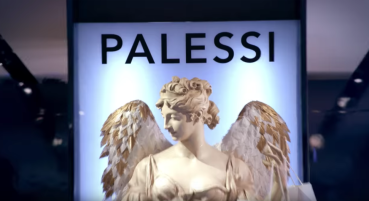 Of course, there really was no new store called “Palessi,” and the shoes being sold at the pop-up were just standard Payless shoes.  But guess what?  The “influencers” were suckers who apparently fell for the ruse and were willing to spend many multiples above the standard prices charged by Payless for its footwear.  One woman said she would pay $400 or $500 for tennis shoes that retail for $19.99.  Another sap paid $640 — 1800% above the normal cost — for a pair of boots.  Apparently, if you want to up the price of shoes you just create an Italianized name, throw in some glitz, and make the sales clerks wear black, and some hapless “influencer” will fall for it and presumably get others to do so, too.  Payless will use the experiment to advertise the fact that its shoes are fashionable and are valued by some people at far above their actual price.

I’m not surprised that Americans are willing to overpay for shoes, but what the article linked above doesn’t say is who the “influencers” were, or how they were selected.  If you’ve ever read Malcolm Gladwell’s interesting book The Tipping Point you know that there are people who are at ground zero of the creation of trends — by, for example, starting to wear Hush Puppies shoes — and there are others who introduce the new trends to a wider audience, and then finally the mass of followers who start buying Hush Puppies after the creators have already moved on to the next trend.  I’m sure there are many people who consciously strive to be “influencers,” and it would be nice to know how Payless identified the credulous group who were willing to grossly overpay just to be the first in the area to wear “Palessi” shoes.

For the rest of us, the Palessi experiment should teach a valuable lesson.  Who, exactly, are the “influencers” who are starting and promoting the stupid trends that often sweep America, and how easily duped are they?  Why should anyone pay attention to them or their “influence”?  I’m no trendsetter, but I’m reasonably confident I’ll never pay hundreds of dollars for a pair of sneakers, either.