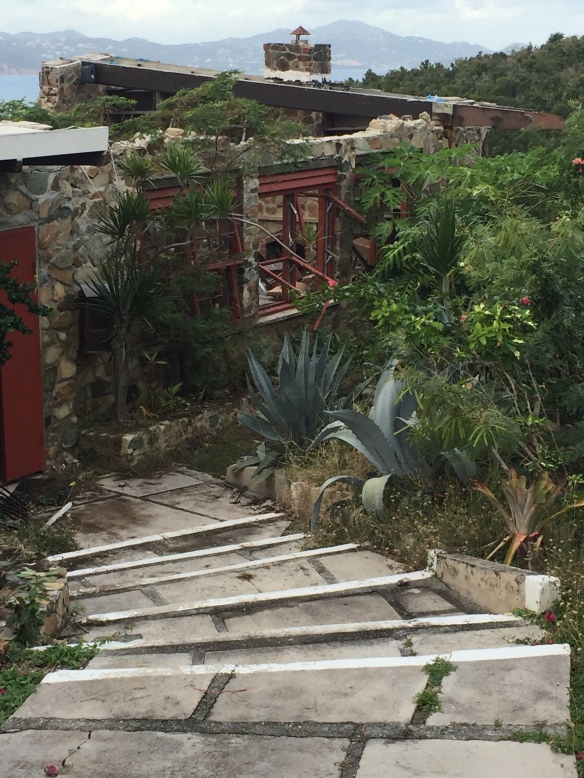 Hurricane Irma tore into St. John about 18 months ago. The island was in the wall of the eye of the storm for more than two hours. Survivors describe it as a truly harrowing experience.

Signs of the devastation wrought by the storm are still found all over the island — as is seen in the remains of the restaurant located next door to our lodging. The damage followed a distinct pattern. First the storm lifted the roofs off structures and blew out their windows, then it rained flying debris that knocked down walls, then the exposed innards of homes and buildings were exposed to drenching rain — which was compounded when another storm blew through the region about a week later and dumped still more rain.

But St. John has bounced back. Much of the damage has been fixed already, and repair work is underway elsewhere. In some cases, insurance snags have delayed the rebuilding efforts. Many of the residents who survived the storm and remained on the island will tell you it was a kind of rite of passage. Some people left, but those who stayed rolled up their sleeves, worked together to clear debris and help their neighbors, and jointly experienced the aftermath period when only generator power was available and you couldn’t buy a drink with ice. New and lasting friendships were formed, and you’ll hear people saying that the island is stronger than ever because of that.

We came to St. John for some sunshine and heat to break up the Midwestern winter, and we definitely got that — but we also got a lesson in the resilience of the human spirit. 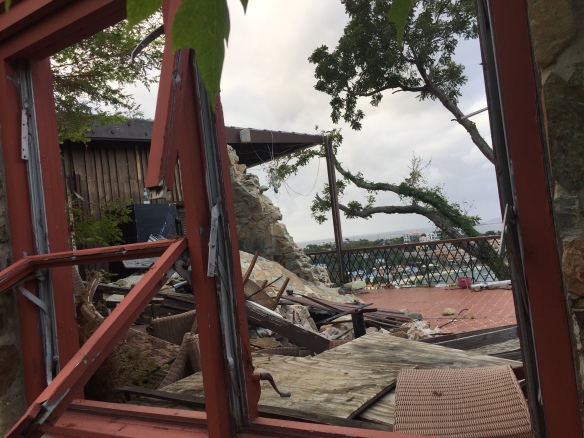