The other day we were putting the finishing touches on a brief when an apostrophe argument arose.  We needed to indicate the possessive for an individual whose last name ended in s.  So, the question was, should it be “Mr. Jones‘ car” or “Mr. Jones’s car?” 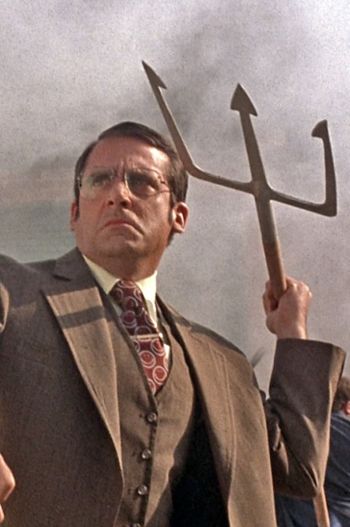 I always use the former construction, but the Jersey Girl was adamant that the second construction is the only permissible approach.  As is so often the case with grammar matters, the dispute became heated, passionate positions were staked out on both sides, voices were raised, and the Soccer Star, another member of the team on the case, heard the argument and came from a nearby office to enter the fray.  From there, the dispute escalated quickly, and if it had continued one of the participants probably would have been seen galloping away from the area with a trident lodged in his or her back.  But, because we needed to get a draft out the door, I yielded to the Jersey Girl’s resolute insistence that we must go with “Mr. Jones’s car,” and permanent injury was avoided.

Many people don’t really care about grammar, but for those who do correct usage is a very important issue.  And one of the reasons that the question of precisely how to show that the car belongs to Mr. Jones is a point of great dispute is that there is no universally recognized right answer.  Some authorities take the position that, whenever a possessive is used with a word ending in “s,” an “apostrophe s” must be added, others say that only an apostrophe should be used, and still others acknowledge that there is no correct answer and the key thing is to be consistent.

I prefer the use of the apostrophe only in this situation, because I think “Mr. Jones’s car” looks clunky.  In addition, when I read and write I admittedly tend to sound things out in my head, and the Jersey Girl’s approach with its multiple back-to-back sibilants leaves me hissing like a snake.

Still, it was interesting to see how much people can care about grammar.  And there’s nothing like a good grammar fight to get the tridents flying!