Beethoven’s Fifth Symphony is one of the most recognized pieces of music in the world.  The first few notes — da-da-da DUM, da-da-da-DUM, supposedly reflecting “fate knocking at the door” — are known to pretty much everyone. 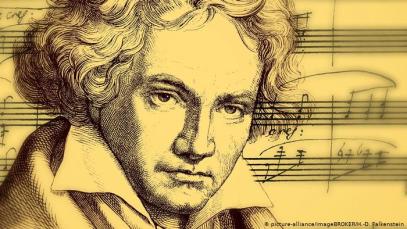 Recently I heard an interesting broadcast on how hard Beethoven worked at the Fifth Symphony.  (You can read about the creation, and the critical reception, of this ground-breaking symphony here.)  Beethoven wrote it over the course of four years, from 1804 to 1808, and during that time he experimented with a series of different approaches to the different parts of the composition.  His notebooks and papers include “sketches” of some of those efforts that Beethoven tried, tinkered with, and ultimately rejected.

In the broadcast, the host and a small orchestra played some of the efforts that ended up on Beethoven’s cutting room floor.  Many of those efforts were beautiful, and would have satisfied, if not delighted, most composers — but Beethoven wasn’t just any composer.  He was constantly searching for improvement, and when you hear the first drafts and failed forays compared to the finished product, you’re glad that the man was a perfectionist who was always driven to come up with something even better.

Those of us who aren’t musically talented tend to believe that talents like Beethoven’s genius for composing are just a gift that comes naturally and without much effort — like Mozart’s character in Amadeus jotting down finished music, without edits, as he bounces a ball around a billiards table.  Beethoven’s Fifth Symphony sounds pure and seamless, like something that came to him as a package in an inspired dream.  But the reality for most prodigious talents, like Beethoven, is different:  they had to work hard to bring their talents to full flower.  And that’s where there’s a lesson lurking for the rest of us.  We obviously aren’t as gifted as Beethoven, but we can still apply ourselves and self-edit our work to come up with something better.

Thomas Edison is supposed to have observed that “genius is 1 percent inspiration and 99 percent perspiration.”  Beethoven’s Fifth Symphony is an example of that.  The next time you hear those familiar opening notes, think about the sweat that went into their creation, and I think you’ll appreciate that wondrous piece of work all the more.