Today is Kish’s and my 38th wedding anniversary.  We were supposed to be in Austin, Texas to celebrate with Richard and Julianne and watch a performance of the Austin Symphony Orchestra, but of course COVID-19 quashed those plans.  It will be our first anniversary since the kids were little that we haven’t celebrated by going out to dinner or to some musical performance. 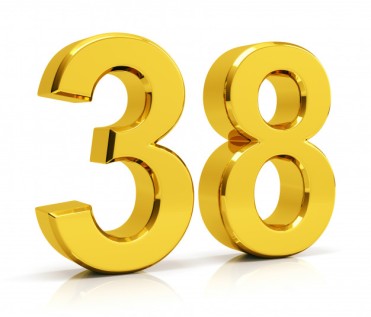 38 is one of those random numbers that wouldn’t seem very special by itself.  It’s not a prime number, or a multiple of 10, or even a multiple of 5.  It’s not one of those anniversary years that’s supposed to be marked by a gift of silver or china or some other substance.  And yet, I’m quite sure we’ll always view number 38 as very special — the year we celebrated our anniversary at home in German Village by direct order of Ohio’s Governor as part of the effort to flatten the coronavirus curve.  In fact, I’d wager that we’ll carry around more vivid memories of this anniversary, and the days directly surrounding it, than any other.

I’m very thankful and grateful that I’ve got such a wonderful person to share our snug little shelter in place during this terrible global pandemic.  We’ve developed new routines during this shut-in period, and I’ve really enjoyed our lunchtime walks together to get our daily allotment of permitted exercise while maintaining social distance from everyone else.

We never could have imagined, when we got married during the early years of the Reagan Administration amidst snow flurried in Vermilion, Ohio, that 38 years later we’d be dealing with such issues.  But that’s life’s unpredictability for you — and also a good reason to find that right, special someone to face the fates with you.