Ocean Drive is a short stretch of road that splits off from Allen Street and then hugs the shoreline as it runs down to Greenhead Lobster.  At that fork in the road there is a manhole cover — specifically, manhole cover #123, which we know because all Stonington manhole covers bear green, neatly spray-painted identification numbers.  When the lobstermen who moor their boats in the western edge of the Stonington harbor drive to Greenhead to park their pickup trucks and take their skiffs out to their big boats in the morning, they hit old #123 as they veer onto Ocean Drive and make a distinctive “clink CLUNK” sound as the manhole cover rattles under the weight of the passing trucks.  Most mornings, that clink CLUNK is the first sound I hear.

Ocean Drive is a bit of a misnomer, because the Atlantic Ocean is still several miles away, shielded from the harbor by many islands.  But it’s not hard to imagine that, as the lobstermen turn left at the Ocean Drive split, give #123 a good rattle, smell the salt air, and catch the sunrise view shown above in the morning, it helps them get mentally ready for another hard day of lobstering. 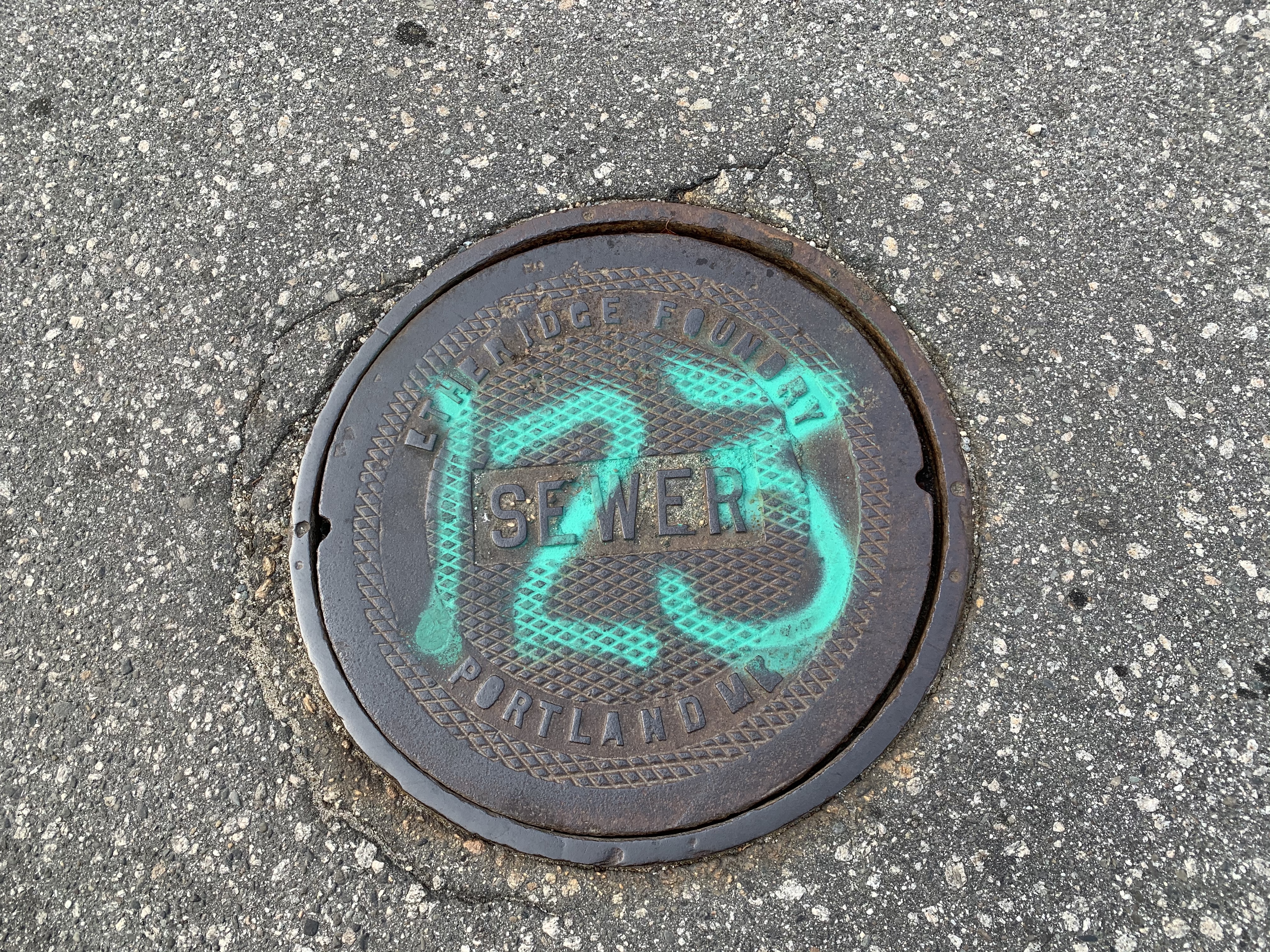