It’s only the first official workday of 2016, and already the year is off to a very rocky start.

In the Middle East, tensions are high because Saudi Arabia — where Sunni Muslims predominate — recently executed a prominent Shiite Muslim cleric, Sheikh Nimr al-Nimr, for terrorism-related offenses.  That angered Iran, the Shiite power in the region, with protesters in Tehran setting fire to part of the Saudi embassy there.  Saudi Arabia has now given Iran two days to withdraw its diplomats from the Kingdom.  So, in a Middle East that is already aboil because of ISIS, fighting in Syria and Iraq, and the ongoing Israeli-Palestinian disputes, we layer on a conflict between Saudi Arabia, the money power and home to Islam’s most holy sites, and Iran, the revolutionary religious state that has long sought to be the leading Muslim power in the area.  And that dispute will not only increase the political turmoil in the region, it also might affect the world’s oil markets, which have been plunging recently. 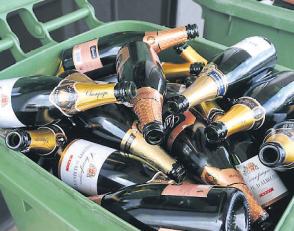 But that’s not all.  In China today, stocks tumbled 7 percent, triggering a premature end to trading.  It’s not entirely clear why China’s markets have plunged — China’s economy is a black box, and many of China’s economic decisions seem the product of manipulation, rather than the workings of the law of supply and demand — but signs point to the fact that the Chinese economy is headed for the rocks.  Given the size of the Chinese economy, that’s bad news for the rest of the economically interdependent world that seems to be teetering on the brink of another recession, and other Asian stock markets also fell today.  We’ll see whether European and American markets follow suit.

So, even more contentiousness in the war-torn, terrorism-addled Middle East powder keg, and bad signs from one of the world’s largest economies and a principal engine of growth in recent years.  What about America?  Oh, yeah — it’s a presidential election year, which means we’ve got a lame duck President, and according to the polls the two currently leading candidates to replace him are a blow-dried bumptious buffoon and a dissembling also-ran who couldn’t comply with basic email security rules.  And we’ve got months, and months, and months of electioneering and campaign commercials in our future, too.

It’s December 31, which means the end of another year is upon us.  It’s traditional to reflect upon the year that is passing, and I’ve done that.  But the older I’ve gotten, the more I realize that the themes tend to be the same — because that’s just the way life is.

We’ll remember 2015 as a year when we’ve lost some loved ones, but when new family members have been added through marriage.  Friends and colleagues have had good news and bad news on the personal health front.  We’ve seen some family members lose their jobs, while others have achieved graduate degrees and reached new heights in their professional careers.  Some doors have opened, and other doors have closed.

When you think about it, years are like that.  The days when you could reach New Year’s Eve and confidently conclude that the year just ending was the best year ever, but the next year will be even better, are gone.  You know there’s no predicting with certainty that the curve will move you ever upward, and when you get to a certain age, the years kind of blend together, unless they feature a marriage, or a special graduation.  Who remembers much about 1998?  Or 1994?  Or 2003?  At some point, shortly after the ball drops in Times Square, they just fade into life’s tapestry.

So 2015 probably will be viewed, in retrospect, as a year like many others.  The main point is that we’ve made it to the end.  At a certain point, that becomes a kind of accomplishment in itself, but the focus has to always be on what is to come.