Glenn Frey died today, of complications from a number of ailments.  He was a founding member of the Eagles who was involved in writing, and singing, some of their finest songs.  He also had a solo career that featured some great songs, like The Heat Is On and Smuggler’s Blues. 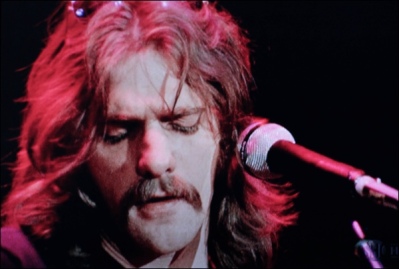 But, of course, Glenn Frey will always be associated with the Eagles.  Why not?  It was a group that pretty much defined the country rock genre that came to prominence in the early ’70s, and the music the band produced was so great that, when I was in high school, you couldn’t go to a friend’s house without hearing the Eagles.  (My best friend in high school liked to quote Eagles’ lyrics at moments of stress; when he was debating whether to ask a girl out on a date, “take another shot of courage” was one of his favorite lines.)  Peaceful Easy Feeling, Take It Easy, Tequila Sunrise, and Desperado were all classic songs that have stood the test of time.

My favorite Eagles album, though, was On The Border, which had a bit of a harder edge and featured great songs like Already Gone, James Dean, Ol’ 55, On The Border, and Good Day In Hell and then closed with Best of My Love.  In the summer of 1976, when I worked at a resort in Lake George, New York, On The Border was the album of choice, constantly playing in the staff residence.  It was well suited to some beer-soaked crooning at the end of a long work day.  After On The Border, the Eagles music seemed to become a bit more commercialized, and it didn’t quite have the same appeal for me.

It’s strange that Glenn Frey’s death would follow so closely on the heels of David Bowie’s passing.  In their own ways, they epitomized different points on the wide spectrum of rock music during the early ’70s, with Bowie being the greatest practitioner of glam rock and the Eagles staking out their claim to the country rock territory.  Through the diversity of their music, both showed what rock music could be.