In the wake of the George Zimmerman not guilty verdict, some people have sent some unfortunate tweets.  A New York Giants football player, for example, transmitted a seemingly threatening tweet that has since been deleted.  I’m sure there have been countless other ill-advised tweets from people at all points on the political and social spectrum and from all sides of the jury’s verdict. 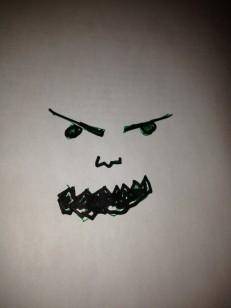 It’s to be expected, because Twitter is supposed to be an instantaneous communication mechanism.  It’s intended to capture people’s thoughts in the heat of the moment and disseminate them to a broad audience who otherwise would not receive the immediate reaction.  That immediacy can be interesting, I suppose, but it is more likely to be a very bad idea.  When people are enraged, or heartbroken, or overjoyed, they tend not to give thoughtful consideration to how they express their feelings.  Think Alec Baldwin — who deactivated his Twitter account after some bizarre, disturbing rants but has now reactivated it so he could insult the entire state of Florida in the wake of the Zimmerman verdict.

Alec Baldwin, and most other people, would be better off if they decided not to use Twitter at times like this — or at least paused to let emotions cool before they joined the Twitter frenzy.  The country would be better off, too.  Racist rants, comments urging violence or rioting, bigoted jokes, insults about jurors, and other, similar reactions aren’t going to help us deal with the aftermath of a controversial verdict in a racially charged criminal case.

I was in a downtown Cleveland hotel overnight, tossing and turning as I always do while sleeping in a strange bed in a strange place, when I was jarred into consciousness by shouts of a ranting man outside the window.  It’s an unsettling way to greet the day.

Fortunately, I don’t often hear angry voices — and this guy was livid, shouting at the top of his lungs, his furious words, muffled into indistinctness by the window, echoing down the dark streets.  I snuck a peek out the window, lest he see me and train his rage in my direction.  There he was, four stories down, a one-legged man sitting in a wheelchair, gesturing angrily at no one that I could see.  What was he doing on a downtown Cleveland street at that pre-dawn hour?  What had caused his awful, uncontrollable anger?

When Kish and I lived in Washington, D.C., it was shortly after governments had decided to “deinstitutionalize” the former residents of mental asylums.  The streets were filled with homeless people who had nowhere to go and, apparently, only a tenuous grip on reality.  They slept on the subway grates, shuffled along muttering to themselves, and mostly kept to themselves.  One man, however, was always angry and shouted out his madness to every passerby.  We called him the ranter and gave him wide berth.  And, we always wondered:  what made him so filled with rage, and why wasn’t he being helped — as he so clearly needed to be?

It’s disturbing to be awakened by the angry rantings of a stranger when you are in a strange place — but obviously it pales in comparison to the torment that the man in the wheelchair must have been experiencing, as he shouted his frustrations to a world that was trying to ignore whatever it was he was saying.