On Saturday we had the pleasure of watching the Austin Symphony Orchestra perform in a program that included a beautiful choral selection from Mozart and ended with a bravura rendition of Beethoven’s titanic Ninth Symphony. After the last, moving notes were sounded the crowd leapt to its feet and gave the performers (who included Julianne Webner on the lead oboe) a richly deserved and prolonged standing ovation. In fact, it was probably one of the longest and most genuine standing ovations I’ve ever experienced, as everyone in the audience clapped furiously until their hands hurt and their arms grew tired.

After the performance, I thought about the concept of applause. The concert had been such a wonderful experience, shared by both the performers and the audience. Imagine how different the experience would have felt if, after the concert ended, the audience had simply quietly filed out of the auditorium without any reaction, while the musicians gathered their scores and packed away their instruments! Fortunately for us all, the basic human urge to show appreciation for such a fine performance and to participate directly in the shared experience is irresistible. The impulse to clap like crazy and cheer loudly under such circumstances seems to come from deep within.

That’s why I suspect that, although some people date the concept of applause back to the ancient Greeks, I suspect the history of applause is much, much older. I imagine it probably dates back to the first performances of music, dance, epic poetry, or plays around a campfire by fellow members of the tribe. The notion of making positive noises to express approval is intuitive; it bridges the gap between performer and audience and establishes a connection and a feedback loop of encouragement and support. And since every audience member has hands and mouths, clapping and cheering were pretty much inevitable.

I love going to live musical performances and live sporting events, and part of what makes them so enjoyable is the chance to participate in cheering and applauding. To whoever first beat their hands together and shouted with pleasure, at the dawn of human history, I salute you. In fact, I applaud you. 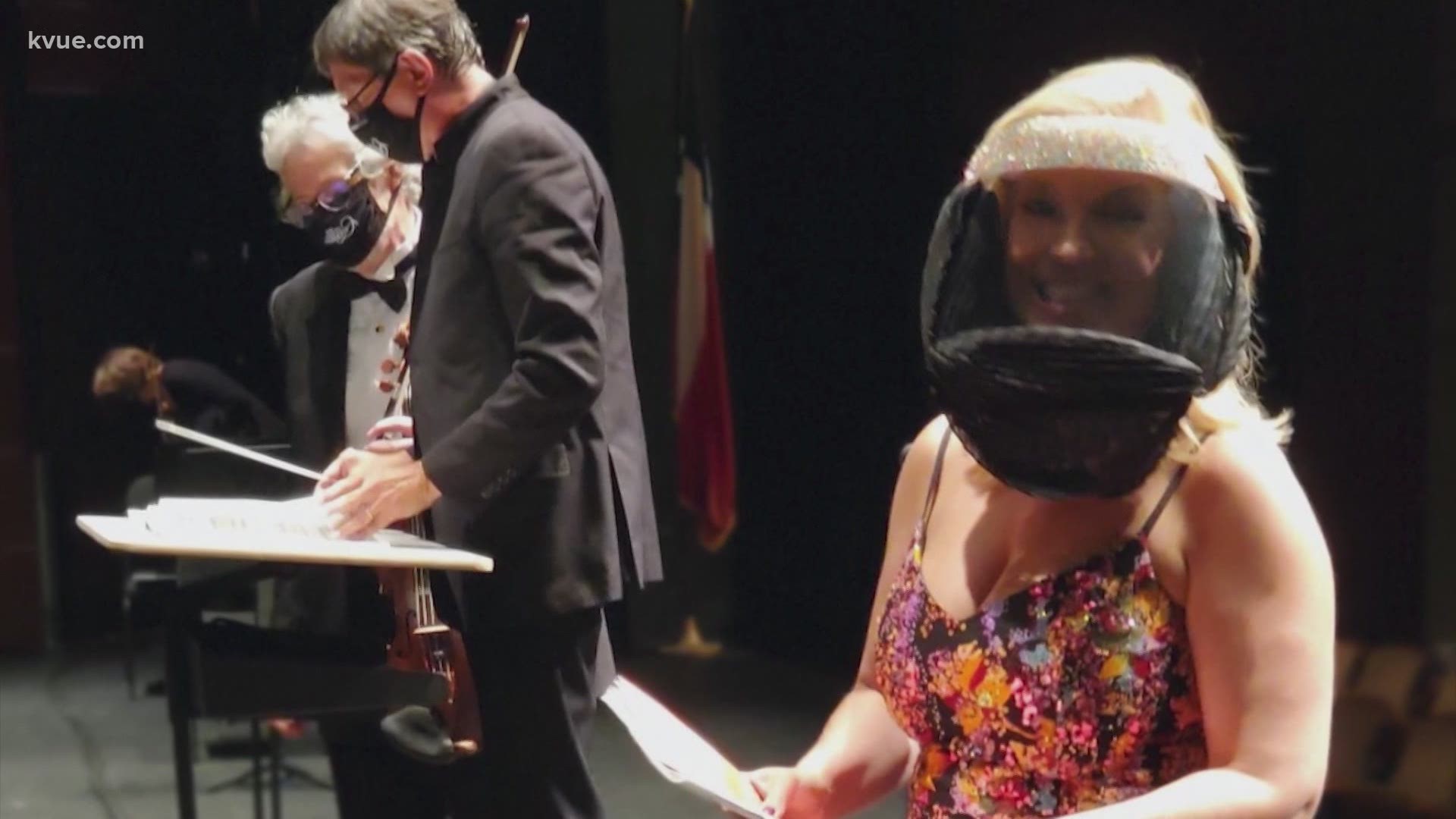 Last night we went to see Julianne perform with the Austin Symphony Orchestra, which is the reason we came to the capital city of Texas in the first place.  The ASO delivered a stirring rendition of Copland’s Lincoln Portrait, then Julianne’s oboe solo kicked off John Corigliano’s beautiful and touching Music from the Edge.  I’d never heard anything by Corigliano before, but I really enjoyed that piece.  The concert closed with a return to Copland, for some fine clarinet work on the Concert for Clarinet and String Orchestra (with Harp), and finally Dvorak’s powerful Symphony No. 8 in G Major.  Julianne played marvelously — of course!

It was a great performance by a really good orchestra.  One other thing about the ASO — its performance hall is world class, with a walkout area that offers a magnificent view of the Austin skyline across the river.  And since the ASO doesn’t like photos taken inside the building, I took the photo above to remember a wonderful evening.