When you’re a kid growing up, your little world is necessarily “normal.” The decor in your house, the clothes your Mom buys for you, the breakfast cereal you eat in the morning, the haircuts your friends have — all of those are things that set your standard expectations and define what is customary and conventional. You have no reason to question it, because it is all that you know.

I think this notion explains how many of us lived through and readily accepted the collective insanity that took over the United States in the late ’60s and ’70s — a time of bad fashion, bad haircuts, and dubious home decoration developments like beanbag chairs. How in the world our parents adjusted to the ’70s, after living through World War II and the ’50s, is anybody’s guess. I kind of wish I had asked them about it at the time, but of course the thought would never have occurred to me.

When we moved to Columbus in 1971, our split-level house became a kind of shrine to the ’70s. It was a temple of black, brown, and white shag carpeting, steel, chrome and glass coffee and end tables that could slice your hand open, shiny white brick, and recessed light fixtures that made it virtually impossible to change a light bulb. About all we were missing was a lava lamp and a beanbag chair (which I really hated, anyway, because they provided no back support and left your neck stiff as a board), but we did have one of those annoying “clacker” devices with the five steel balls hanging on strings on the coffee table. I accepted all of that, and more — like leisure suits, maxi dresses, unappealing cars like the Ford Grenada, big bow ties and crushed velvet — because that was just the way things were.

It was only with some perspective, added after living through successive decades, that I came to realize just how weird and kind of hilarious the ’70s actually were. From time to time people talk about a revival of ’70s this, or ’70s that, and they still sell beanbag chairs, but I have no desire whatsoever to go back to that time period in any way, shape, or form. I kind of feel lucky to have escaped the ’70s in the first place.

Yesterday I went in for a haircut.  I call it that, but it’s really a lot more — in addition to the clipping and trimming and snipping, my appointment features a scalp and neck massage, beard and eyebrow trim, shampoo, and “mini facial.”  From soup to nuts, it’s about a 50-minute process. 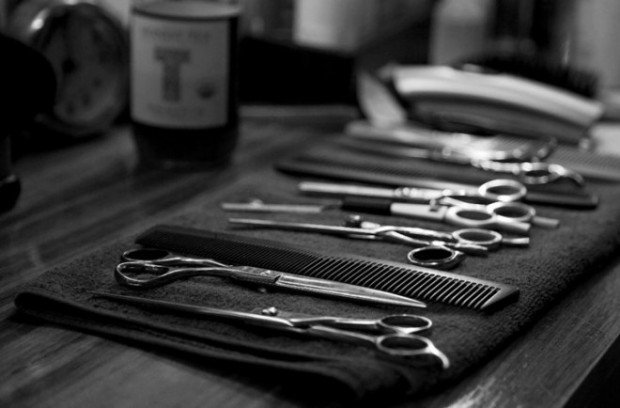 As my stylist was working away, she sheepishly noted that she had been promoted to director status.  After I quickly congratulated her on her well-deserved recognition, she added that the change in her status would mean the cost of my appointments would be going up — by $10, in fact.  From now on, I’ll be shelling out $47 a pop for the stylings.  She wanted to let me know because she recognizes that some price-sensitive people might not be willing to pay the increased price.

I won’t be one of those folks, and it didn’t take me even a split-second to make that decision.  Sure, $47 is a lot of money, and I’m certain my father or grandfather — both of whom, admittedly, were follically challenged — would marvel at the notion of paying anywhere close to that amount for a haircut.  And for years, I would have had exactly the same reaction.  But after going to whatever chain offered cheap cuts by anonymous barbers, and getting some embarrassingly bad haircuts as a result, I began to assign more value to the appearance of my head.  And I also thought it made sense to find someone I could trust to deftly manage scissors that would be brought within an eyelash of my face, eyes, nose, and ears.  I’ve been going to the same stylist for years now, she knows me and my cowlick and the rest of my hair, she always does a great job, and she’s earned my absolute trust.  I’ll happily pay $10 more for that.

As I said, 47 bucks is a lot to pay for a haircut, but I guess it all depends on how you look at things.  Even at $47, her men’s haircut will cost less than the standard women’s appointment, which evidently takes over than an hour and sounds like more of an ordeal than a simple styling.  I have an appointment every five to six weeks, which means I’ve got a save up a bit more than a dollar a day for the styling treatment.  And according to Google the average human head has about 100,000 hair follicles, which means I’ll be paying precisely $.00047 per follicle for future appointments.  Viewed in that light, I’m practically paying nothing!

Last week I went to get my hair cut.  It’s been a hot summer in Columbus, and in my view hair of any appreciable length just adds to the heat, so I asked the Platinum Stylist to cut my hair extra short this time.  She did her usual terrific job, and when I walked out of the salon, I rubbed my hand over my scalp and realized my hair was probably as short as it has been since I was growing up in the ’60s. 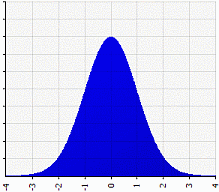 For the first ten years or so of my life, I was a kid with a crew cut.  Dad used “home barbershop” clippers to give UJ and me buzz cuts in the basement of our house.  We went to school and played with our friends — all of whom also had buzz cuts — without thinking about our hair.  But as the ’60s moved forward, we became dimly aware that you were supposed to pay attention to your hair if you wanted to be cool, and those haircuts started to get a little bit longer.

The ’70s, though, were when the hair length really took off.  From a style standpoint, virtually everything about the ’70s, from haircuts to clothing styles to car designs, was an over-the-top disaster.  By the time I reached high school, I was one of the kids in the yearbook with the generic ’70s long hair look — grown down to the collar and then chopped off in the back, and grown down to eye level and parted to some fashion or another in front, requiring you to constantly fling the hair out of your eyes and out of your way.  Sure, your head looked like you were wearing a hairy bicycle helmet, and it was hot as blazes in summer, but that was the price you paid for fitting in.  And in college my hair got even longer.

But when the ’80s rolled around, and I started working as a professional, the hair trend reversed.  Over the last 30 or so years, my haircuts have gotten progressively shorter and more frequent, and I like it that way.  When I think of my haircuts as a kind of chart, it’s an extreme bell graph, with the ’70s being the height of the bad hair blip.  And when you look at a bell graph, it kind of looks like one of those bad ’70s haircuts, doesn’t it?

I’m glad I’m now on the other side of the bad hair blip.