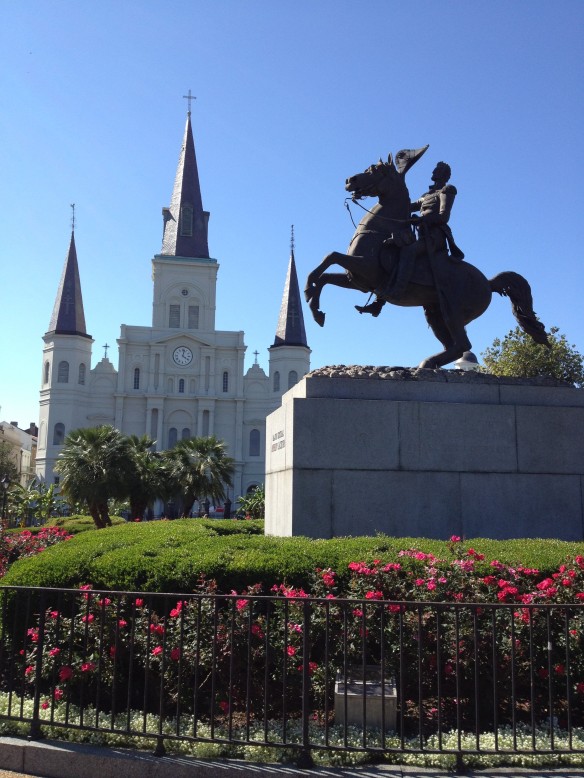 The French Quarter’s Jackson Square is named after Old Hickory — Major General (and later President) Andrew Jackson.  Jackson is forever linked to New Orleans because of the 1815 Battle of New Orleans, where American forces defeated the British — even though the War of 1812 had officially ended with the signing of treaty weeks beforehand.

The square is a beautiful piece of ground, close to the Mississippi River and adjacent to St. Louis Cathedral.  It features a suitably heroic statue of Old Hickory on horseback.