I came home tonight to news of another horrific terrorist attack today, this time at the airport and train terminal in Brussels.  As with other terrorist attacks, the responsibility for this atrocity was claimed by ISIS.  And as I watched the news to catch up on what had happened, I saw stories about how other countries in Europe were “showing solidarity” with Belgium, because the Eiffel Tower and the Trevi Fountain and, probably, other European landmarks were illuminated with the colors of the Belgium flag.

Am I the only person who has had it with this kind of empty symbolism?  I guess we’re all supposed to be deeply moved by the projection of the Belgian flag.  Hey, while we’re at it, let’s have a Facebook app that allows us to change our profile pictures to use the Belgian colors!  And maybe we can come up with a few good Twitter hashtags, too, like when the primary response to the African terrorists who were kidnapping young girls and selling them into slavery was a “freeourgirls” hashtag?  Boy, a really good hashtag will teach those ISIS guys not to mess with us!

I understand the desire to show solidarity with innocent people who have been attacked.  But at some point projected flag colors and hashtags and statements of Facebook support are pointless.  ISIS doesn’t give a flying fig what the trending hashtags are or whether the Trevi Fountain is bathed in the Belgian colors.

Are we going to try to defeat these guys, or are we just hoping we can out-symbolize them? 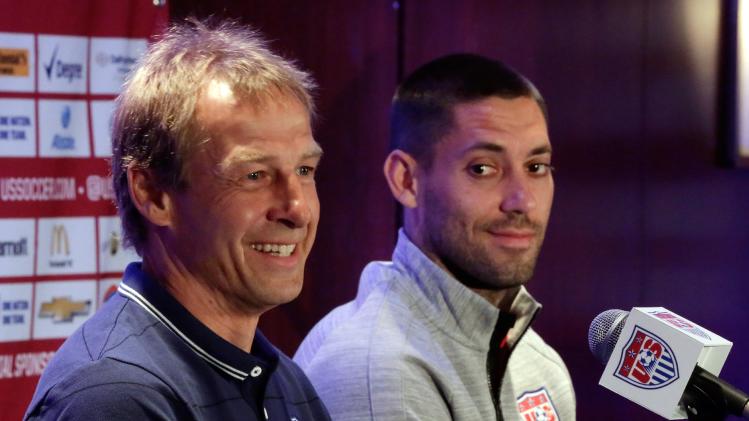 Tomorrow is St. Patrick’s Day. It’s a day when everyone is Irish, or at least claims to be.

The Webners are no different. Richard recently took one of those mail-in DNA tests, and the results showed a significant percentage of Scotch-Irish DNA. I get the Scottish part; our extended family tree includes Neals, McCollums, and Fergusons. My grandmother, born a Brown, claimed Irish ancestry, and I’ve no doubt that there are other, now-unknown branches that undoubtedly touched the Emerald Isle. It’s enough, at least, to allow us to celebrate March 17 with a heartfelt Erin go Bragh.

I’m proud of whatever Irish ancestry we have. In my view, you have to give the Irish credit — of all of the countries that have contributed to our melting pot nation, the Irish have the best traditional holiday, by far. St. Patrick’s Day blows Columbus Day and Cinco de Mayo out of the water, and most other countries aren’t even in the running. There’s no Deutschland Day, or British Bash. And no other country has the branding of Ireland, either. Whether it’s leprechauns, shillelaghs, four-leaf clovers, or pots of gold at the end of the rainbow, the Irish stand alone at the top of the heap.

It’s also admirable that the Irish made drinking beer an essential part of St. Patrick’s Day. Sure, we know St. Patrick had something to do with chasing snakes off the island, but most people associate the holiday with beer. Beer drinking also is an essential part of the culture of the Germans, the Brits, the Belgians, and even the French, but the Irish have co-opted it completely. Years ago, some savvy Irishman obviously understood that focusing a holiday on beer-drinking is bound to increase the amount of participation.

St. Patrick’s Day is an easy day to celebrate: you wear something green and drink beer. You don’t have to go to church, and there’s no significant physical danger involved, such as you might find in running with the bulls in Pamplona. Instead, there’s just an opportunity to bend an elbow with your friends, quaff a few dozen ales, and pretend you like droning Celtic music. The only risk is being punched in the face by some drunken, red-faced IRA member, getting a wet kiss from a beefy red-headed woman wearing a “kiss me, I’m Irish” pin, or ending up face down in a vomit-filled gutter.

My voyage from Porto to Bruges on the 28th was a big turning point in my trip: I was leaving Latin Europe for Germanic Europe. For the first time, I would be outside the borders of the former Roman empire.

I experienced some culture shock after arriving in Bruges – surprising, considering that I didn’t experience any when I arrived in Istanbul from the U.S.A. The chilly, windy, cloudy weather made me homesick for the Mediterranean clime. The people seemed more reserved. The prices were higher. I understood less of the language (my Latin and tiny bit of Italian help me with the Romance languages). However, I quickly acclimated myself, thanks in large part to the coziness that even the buildings in Bruges seem to radiate.

In Bruges, in case you haven’t seen it, is a movie about two hit men hired to kill someone in Bruges, who develop spiritual qualms when they see what a nice city Bruges is. I think that the director got his idea for the movie from walking around the city and taking in the atmosphere. It’s a pretty, peaceful, unpretentious town unsuited for murdering.

I was only in Bruges for two nights, and I spent much of my time planning the rest of my trip, so I didn’t have as much time for sightseeing as I’d have liked. I took a walk recommended by an employee at my hostel, which took me past some beautiful canals, windmills and Flemish architecture into a part of town that was empty due to lack of tourists. According to a brochure I read while in Bruges, the city has more tourists than local residents in the summer.

My hostel, the Snuffel Backpacker Hostel, had a bar for a common area – a quality I usually hate in a hostel. But, they served a great local beer called Brugse Zot.

On my last night in Bruges I spent 7 euros to see Tree of Life at a local theater. They showed it in English with Flemish subtitles. I thought it was great, but many of the other people in the theater didn’t have much patience for its slow pacing and lack of dialogue. They cheered when the movie ended, not in a complimentary way.

The next day I took a train to Amsterdam. Frankly, I didn’t like Amsterdam much. My hostel was in the middle of the red light district, somewhere you don’t want to take a walk through at night. Just down the block from my hostel, there were prostitutes behind glass doors with red lights on top.

The city is rather pretty outside the red light district, however. It reminded me of a blown-up Bruges, with wider canals and bigger buildings.

On my first afternoon in Amsterdam I went to the Van Gogh Museum. I was expecting a mixed experience after Roland told me that he was kicked out for making a sketch there. An art museum that doesn’t allow artists to make sketches doesn’t have its priorities straight. Yet, I enjoyed my time there, thanks to the large variety of Van Gogh’s work.

The next morning I went to the Anne Frank house. It was fascinating to see the small, winding rooms I remember imagining when I read Anne Frank’s diary in 8th grade English class. I can’t imagine living in such close quarters with so many other people. I suppose that being in such a tense setting provided the creative fuel for Frank’s diary, which is so insightful for a 13-year-old.

Amsterdam has more cyclists than any other city I’ve been to. There are extra lanes for bikes between the roads and the sidewalks that you quickly learn not to walk across carelessly. Sometimes the cyclists make it hard to navigate the streets as a pedestrian, but thanks to them there are very few cars on the road.

I spent four and a half days in Amsterdam – three nights, plus a fourth day before boarding an overnight train to Copenhagen. I later wished I could have added one of the days to Bruges or Copenhagen. I spent most of my time in Amsterdam wandering around the canals or chilling out at my hostel.