Jonathan Turley, a law professor at George Washington University who appears frequently on cable TV news shows, has an thought-provoking article in the Washington Post that captures some of my concerns about the incessant growth of the administrative agencies of the federal government and what it means for American citizens.  It’s an important issue that is well worth pondering.

In my view, there are two key points that should be part of our thinking about this issue.  One is laziness, and the other is accountability.

Part of the reason why the administrative agencies have grown so vast is that the President and the Congress have been, and continue to be, lazy.  (And, just so no one thinks this is an attack on the current President and Congress, let me be clear — this is something that has occurred, without significant interruption, since the 1960s, under Presidents of both parties and Congresses controlled by both parties.)  Presidents and members of Congress don’t want to roll up their sleeves and grapple with the details of how a particular federal law should be implemented or applied, so they write legislation in broad strokes and then yield huge amounts of discretionary authority to the administrative agency that is charged with writing the specific rules and then supervising enforcement of the law.

The justification for that approach is that administrative agencies are “subject matter experts” that can make finely honed decisions about how the law should be applied, what forms should be submitted, what fees should be charged, and what punishments should be imposed in the event of non-compliance.  That justification sounds good — but what makes us believe that the agencies really have such expertise, or that they exercise it in a dispassionate, apolitical way?  And, even more fundamentally, why shouldn’t we demand that Congress develop such subject-matter expertise?  Before Congress writes a law that may have an enormous impact on a particular segment of the economy, is it so unreasonable to expect that the members of Congress on the committee that writes the legislation actually have some reasonably detailed understanding of what they are doing?  I would be happy to see members of Congress spend less time on fundraising and cable TV appearances and more time on actually mastering the details. 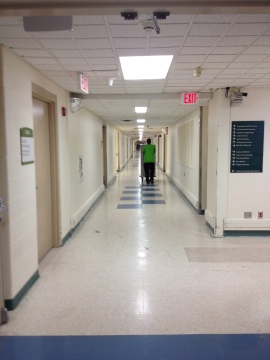 The accountability issue is equally important.  Well-educated, reasonably attentive Americans know the names of the President, the leaders of Congress, their Representatives and Senators, and the major members of the Cabinet.  But who, at any given point in time, can name the head of the IRS or the FDA or the FTC?  When an issue arises with an agency like the IRS and not only the President, but also the leadership of the IRS, take the position that they had no idea what was being done, we have reached a critical point of non-accountability.  That kind of shrug of responsibility is not acceptable, because in a representative government our elected officials must know, and be accountable for, the actions of the agencies they are charged with supervising.  If they don’t, we must demand that they develop some mechanism to keep track of, and direct, the regulatory actions.  Part of that mechanism has to involve shrinking the bureaucracies and removing some of their power and discretion — because obviously it is easier to supervise and direct a smaller agency with rigidly defined authority than a sprawling entity that is given broad, poorly defined authority.

If we don’t get the growth of the regulatory state under control, we may move into a truly Orwellian scenario, where citizens can be trapped in a bureaucratic maze with no hope and no recourse.  If the President and members of Congress are viewed as powerless to do anything about it, we may see still further erosion in the number of Americans who care enough to vote in elections.  I don’t think you have to be a Constitutionalist — or for that matter a Democrat or Republican — to conclude that we don’t want, and cannot tolerate, that kind of government.