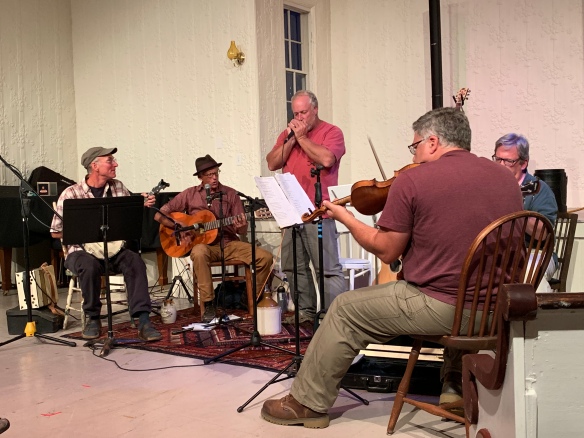 Last night we visited the Burnt Cove Church Community Center to catch a performance of the Loose Cannon Jug Band.  It was a foot-stomping, knee-tapping way to end a sunny Saturday on the Labor Day weekend.

The LCJB is five musicians who play just about every traditional musical instrument you can think of:  tenor banjo, guitars, fiddle, harmonica, squeeze box, washboard, . . . and two jugs, of course.  The only thing they seemed to be missing was a spoons player.  They performed traditional songs and original creations, all in the style of early blues, bouncy gospel, and other American roots music of the ’20s and ’30s.  The songs, old and new, were terrific and often funny, and the band members all seemed to be having a great time — which meant that the audience was having a great time, too.  The audience sing-along to Mud Flat Laundromat was a highlight.

The Loose Cannon Jug Band show was one of the many offerings of the Summer Entertainment Series in Stonington.  For a small community, the Series offers an impressive array of shows — in fact, last night there was a second performance, of folk music, at the Opera House itself.  The LCJB show occurred at the Burnt Cove Church, pictured below, which is a beautiful old church turned into a performance venue, complete with pews for seating and pressed tin ceiling.  When the band launched into one of their raucous gospel numbers about sin and Satan, it was a perfect combination of sound and setting. 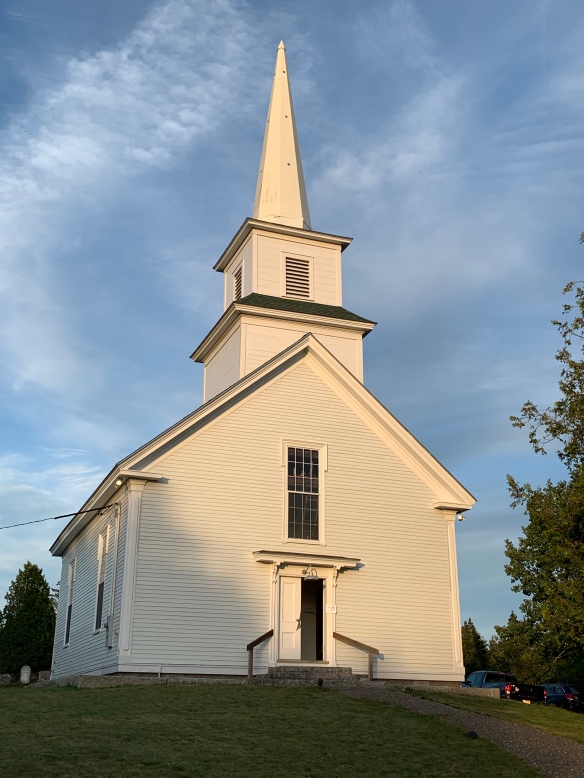