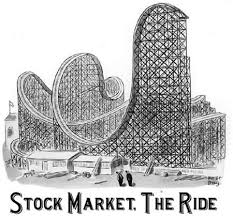 Today still more members of the news media — in this case, Reuters and CNBC — fell for a hoax.  On the basis of a dubious press release, they reported that the Chamber of Commerce had changed its position on climate change legislation.  CNBC read the fake press release on the air, and Reuters reported it, in an article that was then picked up by the New York Times and the Washington Post.

I was struck by the explanation of the Reuters spokesman quoted in the linked article.  The spokesman is quoted as saying:  “Reuters has an obligation to its clients to publish news and information that could move financial markets, and this story had the potential to do that.”  My old professor at the Ohio State University School of Journalism, Marty Brian, must be rolling in her grave at that one!  Consider that the quote from the Reuters spokesman equates an admitted hoax with “news and information” and suggests that Reuters’ paramount obligation is to publish whatever comes its way, without doing anything to determine its veracity first.  That concept is antithetical to true professional journalism, which values accuracy above speed and insists upon sourcing and careful fact-checking — particularly of a story that reports that a vocal opponent of legislation has abruptly and inexplicably changed its position.  Doesn’t anyone at CNBC and Reuters have a reporter’s gut instinct, or at least a willingness to take a moment to check the Chamber of Commerce website to see if the press release even is posted there?

Normally I would decry the efforts of the hoaxers, but I have come to believe that they probably are performing a salutary function for the world at large.  Why attach credibility to what you read from the news media if they don’t even bother to check press releases before publishing them?