You may have missed it, but Tuesday was the deadline for companies to submit bids for the design of “the wall” that President Trump proposes to build along at least some parts of our southern border with Mexico.

Customs and Border Protection is supposed to review the bids and announce finalists in June, and then some of the finalists are expected to build prototypes of their designs on government-owned land in San Diego.  The AP reports that the government is expected to select four to ten finalists to build 30-foot-long prototypes at a cost of $200,000 to $500,000 each.  Customs and Border Protection has indicated that it is looking for solid barriers, made of materials like concrete, rather than “walls” that rely on technology. 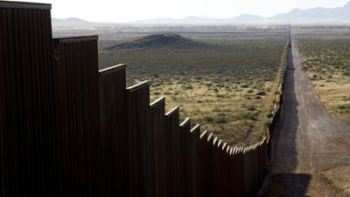 We don’t know exactly how many companies submitted proposals, although apparently about 200 companies expressed interest in the border wall project.   I’m guessing that there were lots of bids.  What construction companies could resist bidding on a project that potentially involves pouring enormous amounts of concrete to build a barricade that extends for hundreds of miles?  The “wall” would make your standard highway construction project seem like a minor matter.

And although all of the bids haven’t been made public, we know what some companies are proposing because they have voluntarily disclosed their bids.  One bidder thinks the wall will become a kind of tourist attraction, and proposes a 56-foot-high wall designed with a walkway at the top to allow visitors to enjoy the desert vistas.  (“Hey kids!  Where should we go on our summer trip this year?  Mount Rushmore, the Grand Canyon, or the border wall?”)  A different proposal suggests that nuclear waste be buried in trenches along the wall — which presumably would quash any meaningful tourist activity, by the way.  Another company wants to erect solar panels on parts of the wall, to generate electricity that can be sold to communities in both the U.S. and Mexico to help pay for the wall’s cost, which would allow President Trump to say that he had met, at least in part, his campaign promise that Mexico would pay for the wall.

Will a wall actually be built, given the significant opposition to it?  We don’t know at this point, but we do know one thing:  the bids that have been made public so far indicate the this effort at large-scale wall building could be a very quixotic exercise.