Check out this excellent article I read a couple of weeks ago in the New York Times about corporate taxes. After reading the article it left me shaking my head wondering when things went astray.

A CEO begging for tax shelters crucial to the company bottom line, employees urged to divide their time evenly between ensuring compliance with the law and looking to exploit opportunities to reduce the taxes the company pays, company lawyers and lobbyists involved in rewriting portions of the corporate tax code and the list goes on and on.

I bet hearing about this type of thing would be frustrating to our president. It will take a monumental effort to get things back on the right track if it isn’t already too late !

The New York Times recently carried an interesting article on the odd state of corporate tax payments in the United States.  The Times asked a research firm to analyze the tax payments of Fortune 500 companies over a five-year period, and the analysis showed significant discrepancies in the tax payments made by those companies.  Although the stated corporate tax rate is 35 percent, the study found that one company — Carnival Corporation, of cruise line fame — paid total taxes equal to only 1.1 percent of its cumulative profit.  A total of 115 of the Fortune 500 companies paid taxes of less than 20 percent. 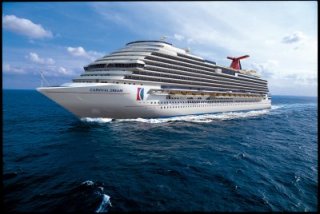 The reason for the discrepancy is that loopholes in the tax code allow companies to deduct losses or shield income from taxation by engaging in certain kinds of activities.  As a result, the tax code establishes perverse incentives to engage in such activities — activities which, incidentally, may not be most conducive to being competitive in a global economy or creating jobs in the United States.

The loophole-ridden tax code is why the House Ways and Means Committee is one of the most powerful committees in Washington, D.C., and why the chairs of that committee don’t have any trouble raising money for their reelection campaigns.  The curious tax code provisions that have produced the discrepancies noted in the Times article are like footprints in the snow.  They show that legions of lobbyists have worked with committee staffers and members to insert special provisions that benefit certain companies that engage in certain activities.  Who knows what the staffers and members have received in return?

As the Times article observes, the current situation is the worst of all worlds.  The United States has one of the highest stated corporate tax rates in the world, which clearly must discourage corporate activity and job growth in the United States, yet the actual tax code itself is the product of an insiders’ game, riddled with loopholes that encourage unproductive corporate activity.  President Obama and the Republicans in Congress say that they want to revisit the corporate tax code, reduce the tax rate, and also reduce the loopholes that have produced such a wide divergence in how companies are treated.  Let’s hope they intend to follow through on those statements.  If the United States is serious about addressing its budget deficit problem, both sides of the balance sheet — revenues and spending — must be addressed.