Another week with really bad news.  Two African American men in two different states are killed in encounters with police that inexplicably escalated into fatal shootings, followed by five Dallas police officers shot down by a sniper at a protest of those police actions.

It’s the kind of grim, bloody ugliness that causes people to question whether the social fabric of the country is being ripped apart, and whether the common threads linking us all as Americans are snapping, one by one. 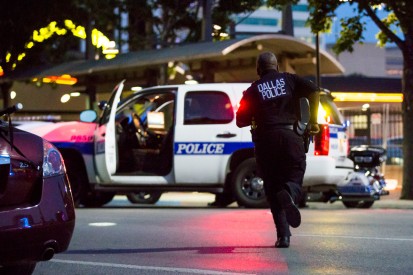 And yet, I don’t think there is an irreparable divide — at least, not yet.  No one I know, regardless of their race or political views, thinks that police should be shooting African Americans who are stopped simply for driving with a broken taillight.  No one I know, from any point on the political spectrum, thinks that police officers who are doing their duty at a peaceful protest should be assassinated.  There may be tiny fringe elements of disturbed people who believe such actions are appropriate; America has always had its share of lunatic loners.  But I’m quite confident that the vast majority of Americans unequivocally reject what we have seen in Louisiana, and Minnesota, and Dallas this week.  In that, at least, Americans can stand united.

So why, then, are people feeling a gnawing sense of despair about where the country is, and where it is headed?  I think it’s because we’ve seen these same scenarios before . . . and nothing gets done.  We feel disturbed because we don’t think our political leaders, or even our political culture generally, is capable of addressing the problem in a meaningful, effective way. We don’t understand how we can have gotten to the point where police shootings have become so commonplace, or where a military veteran can become so disaffected that he takes a rifle and starts indiscriminately killing police officers and shooting others at a protest — but we have a nagging fear that these incidents, too, will produce no answers.  We expect that we’ll see Facebook memes, and we’ll see people of different political views retreat to their corners, and we’ll see talking heads vigorously disagree about whether the problem is racism, or guns, or poorly trained police, or a general sense of hopelessness, but we fear that ultimately nothing will change, ever.

It’s another example of how the citizenry is being ill-served by the political classes.  I honestly don’t think the American people are deeply divided on these incredibly basic, core issues.  We know that what we are seeing in Dallas and Minnesota is flat-out wrong and can’t be countenanced.  We just don’t think that the people who are charged with trying to deal with the problems are up to the task.  We don’t think they’re willing to cast aside their knee-jerk reactions and pointless bromides and actually sit down to talk honestly and work out a possible solution — and we’re probably right.