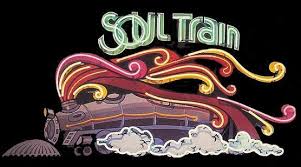 With the passing of Don Cornelius yesterday I’m sure everyone was reminded of the show he hosted. Soul Train first aired in October 1971 and ran through March 2006 featuring mostly R& B and Hip Hop music. It still ranks as the longest running syndicated program in television history.

Who can forget the scramble board with the letters of a music artists name you should know and the highlight of the show the Soul Train Line Dance. Don only participated in the line dance one time during the entire running of the show (shown below).

Today at work us old folks were talking about our skin tight bell bottom jeans, silk shirts, platform shoes and bright colored outfits. The seventies and eighties were a fun time to be young with not a care in the world.

At the end of each show it would be – Bet your last money it’s gonna be a stone gas honey ! I’m Don Cornelius and as always in parting we wish you love, peace and soul.