After a wait that seems like it has lasted forever, Election Day 2020 is finally here. Of course, we’re all interested in what the result of the presidential election will be — and also when we will know for sure. And of course, there are important Senate, House, state, and local offices to be decided, too.

I’m interested, though, in another result: what the overall turnout will be. According to the United States Election Project data, total U.S. turnout for the 2016 general election was about 60 percent of eligible voters; Ohio voters hit 64.2 percent. (You can see the data and state-by-state results here.) Sixty percent participation by eligible voters is pretty embarrassing. This year, we’ve been regularly reminded of the importance of voting by professional sports leagues, Google, every form of social media, and many companies’ TV commercials. In this election, which has easily been the most contentious election that has been held during my adult lifetime, will we do better at exercising one of our most important rights, and duties, as citizens in a republic?

Of course, this election comes in the midst of a pandemic — but voting absentee, and early voting, has never been easier. Many of our friends and colleagues went the early voting route, and by all accounts the experience was painless. If you’re on Facebook, no doubt you’ve seen pictures of your early-voting friends, wearing their masks and sporting their “I voted” stickers. They are not alone. According to CNN, early voting this year smashed all records. Officials believe the total number of early voting Americans will hit 100 million — which is more than two thirds of the 138 million people who voted in 2016.

We’ll be going the traditional route today, and voting in person on Election Day. It’s an experience that I always find humbling, and rewarding. Normally I vote first thing in the morning, before heading to the office, and usually there are long lines. Since I’m working from home today we’ll probably head over to our voting place later in the morning. I’m hoping to see lots of my fellow voters there, and keeping my fingers crossed that, as a country, we’ll hit much higher voter participation rates in 2020 than we did in 2016.

This election has been almost unbearably bitter and divisive, but if all of the rancor has spurred more people to vote, at least something good will have come from it.

With the onset of early voting in Ohio and many other states, and the increasing number of people who decide to exercise that option, you have to wonder if last-minute revelations and disclosures — like, this year, FBI Director James Comey’s disclosure about the resurrection of the investigation into Hillary Clinton’s email practices — will have much of an impact on national elections.

After all, if people have already voted, they’re done, right? 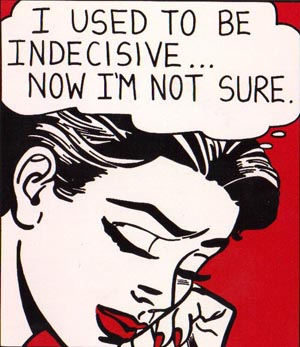 Not so fast!  It turns out that, in seven states, you can change your early vote.  Connecticut, Michigan,  Minnesota, Mississippi, New York, Pennsylvania, and Wisconsin all let early voters change their minds and correct their ballots.

In Wisconsin, early voters can change their ballots up to three times before the votes are officially deemed to have been cast– but if they’re going to do it, they have to act by November 4.  It’s a cumbersome process that involves election officials individually retrieving the person’s completed ballot and then having the voter document that they have changed their mind and are submitting a second, superseding ballot.  This year, according to a report from a Wisconsin TV station, some voters in fact have changed their mind and invoked the so-called “three strikes” re-vote process.

People argue about whether early voting is a good idea, with some opponents noting that it results in voters having different levels of information because of the possibility of late-breaking developments.  I’m in favor of early voting, because I think anything that allows more people to vote, easily and consistent with their work and child care and other obligations, is a good thing.  But the notion that, under some states’ laws, early voters can change their mind is an intriguing concept.  And in this election, where the choice is bemoaned by so many people, the “fickleness factor” may be magnified.  Indeed, apparently the Google search for “change early voting” was trending over this past weekend, after Comey’s announcement.

I’m not sure how I feel about people who have voted early changing their minds and getting a “do over” on their ballots . . . much less doing so three times.  Obviously, that’s not something you can do if you vote on Election Day, and I’m not sure the rules should be different.  But I do know this:  if you haven’t reached a clear, settled, and final decision in your own mind on how to vote — one way, or the other, or not at all in the presidential election — you probably shouldn’t be voting.

In Ohio, early voting already is in full swing.  Voters here will have more than a month before Election Day to cast their ballots.  It’s one of the reasons why the Obama and Romney campaigns have been so active here recently, with visits from the candidates and their surrogates, lots of TV ads, and extensive “ground games” and door-knocking efforts.  (For an interesting Cleveland Plain Dealer article that attempts to assess the relative strength of the Romney and Obama “ground games” in Ohio, see here.)

According to the Ohio Secretary of State’s website, in 2008, more than 1.7 million Ohioans cases either early “in person” ballots or traditional mail-in absentee ballots.  That’s about 30 percent of the 5.77 million votes cast overall in Ohio in 2008.  The conventional wisdom is that early voting favors Democratic candidates, because Democrats tend to have jobs that cause them to work odd hours.  (How would anyone test that little bit of CW, by the way?)  Given the size of the “early voting” bloc, is there any wonder that the campaigns are trying to make sure that they maintain a strong presence in Ohio throughout the early voting period, in hopes of catching wavering undecided voters who can be persuaded by the dedicated campaign volunteers at their doors to fill out and send in their ballots?

I like voting in person on Election Day.  It’s one of the true common communal experiences we have in our diverse and sprawling nation, and the quiet act of voting with my fellow citizens always makes me feel good about living in a democracy.  But I also think that early voting is curious, because it means that citizens are voting on the basis of different sets of information.  People who vote on October 7 obviously can’t consider what happens in the remaining month before Election Day.  What if there were some huge scandal, or game-changing incident during that intervening period?  Wouldn’t you want to wait until you have all of the relevant information before you cast your ballot?

This year, I wonder how many people have cast their ballots on the basis of the first debate between President Obama and Mitt Romney.  If you’re President Obama, aren’t you hoping that early voters at least hold off until after the second debate, when you have a chance to improve upon your initial performance?

More and more, it seems, every decision affecting voting ends up in the courts.  How are congressional districts configured?  How can people register?  Are petition signatures valid?  Should people have to show photo ID to vote?  Is ballot language unclear?  When can people vote?  Must the polls stay open late on Election Day because of machine malfunctions?  Often it seems there are as many stories about court rulings as about candidates. 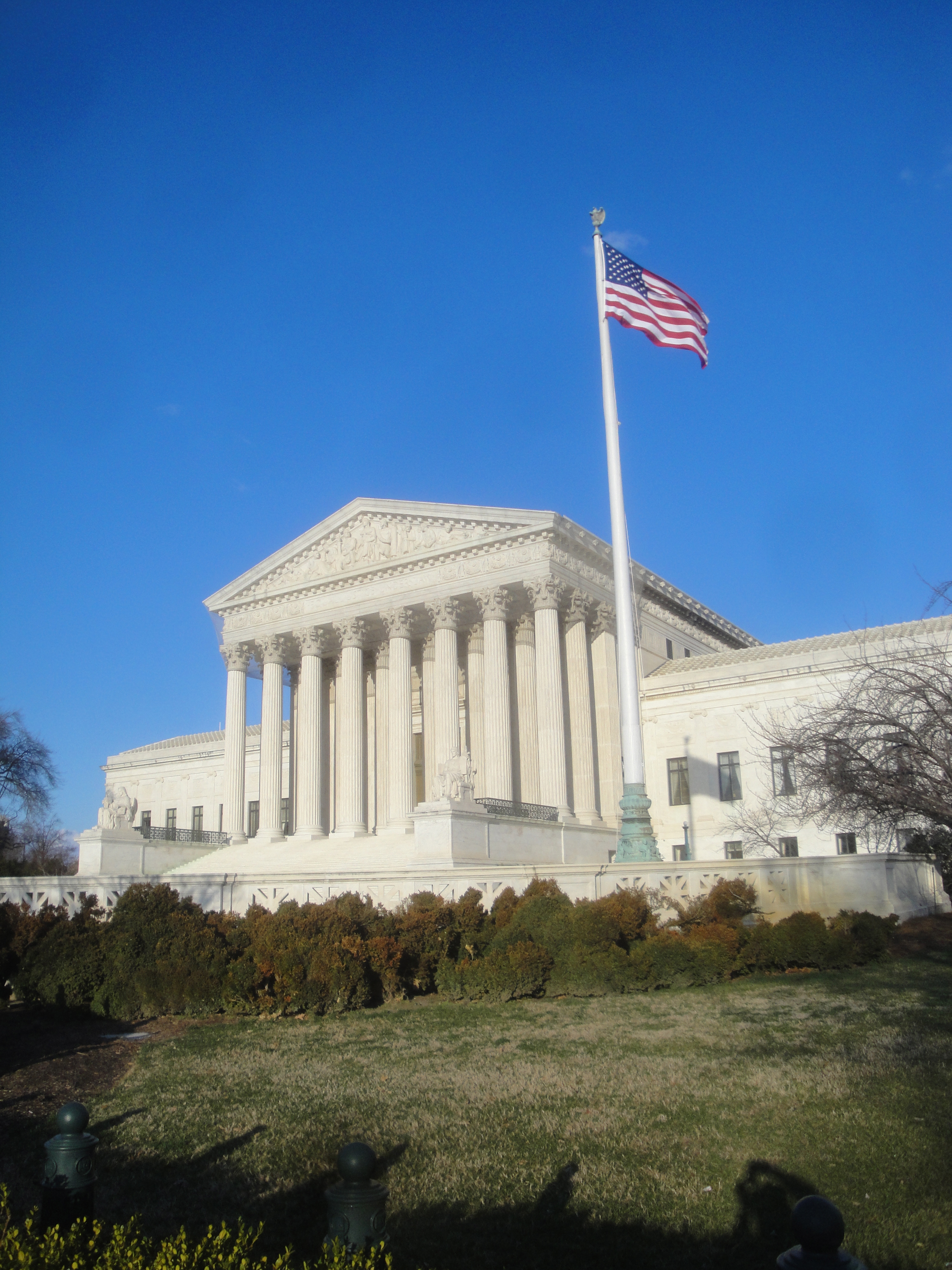 In Ohio, the latest judicial decision addressed the issue of early voting, which started this past week.  Ohio’s Secretary of State had ordered county boards of elections to stop early voting the Friday before Election Day, except for members of the military.  The Obama campaign challenged that decision, and on Friday a federal court of appeals ruled that the Secretary of State’s decision was invalid.  As a result, individual county boards themselves will decide whether to be open on those days.

As a lawyer, I obviously don’t object to people seeking judicial recourse when they believe their rights have been violated.  The big issue, to my mind, is confusion on the part of voters about what the rules are — confusion that may cause them to inadvertently lose their right to vote.  I hope that we are done with court rulings affecting Ohio this election cycle, so that information about the actual rules can be disseminated to all voters before November 6.  I also hope that the state and local officials who address voting recognize that it might be helpful to simply leave the rules that have been vetted and approved by courts unchanged for a few elections, so that every voter knows when, where, and how they can exercise one of the most important rights afforded to any American citizen.