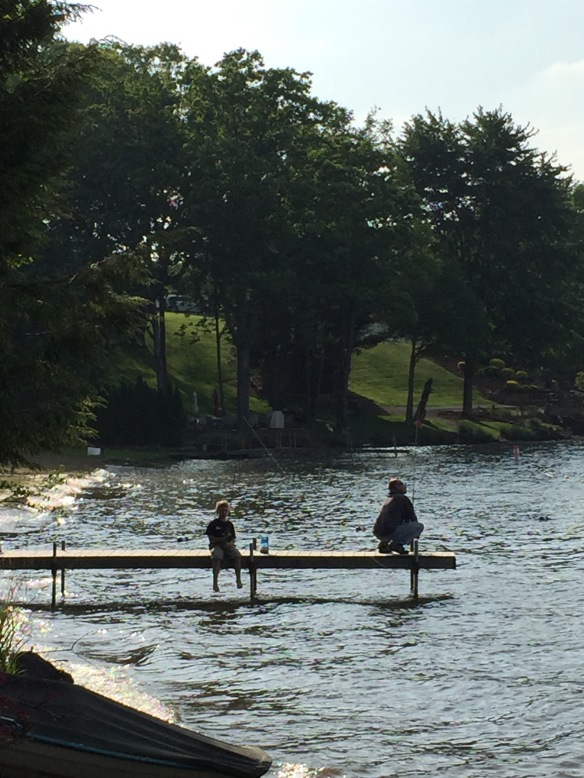 Cousin Jeff lives on Lake Mohawk, near Malvern, Ohio.  Lake Mohawk is one of many man-made lakes in Ohio — I think the only natural lake in the Buckeye State is Lake Erie — and was made from an old quarry and some fresh springs and streams.  It’s been around for years and has reached a mature state, with lots of fish to be found.

This little boy and his Dad were enjoying a warm late Saturday afternoon, fishing from one of the docks in the lake.  Dad was putting bait on a hook and giving some instruction, Son was trying his luck, and they both were having a grand time.