What’s being called the “World Happiness Report” came out today.  Produced by the UN Sustainable Development Solutions Network, the report purports to evaluate the happiness level in individual countries by looking at things like income, healthy life expectancy, “social support,” freedom, trust, and generosity, with a focus on the general well-being of immigrants.

For Americans, the report is a good news/bad news kind of thing.  The good news? America comes in at number 19, far ahead of the unhappiest country on earth, which is war-torn South Sudan.  The bad news?  America’s happiness rating is falling, and the number 19 position is our lowest rating yet.  Finland tops of the list and a number of other Nordic countries, like Denmark, Norway, Iceland, and Sweden, all are found in the top ten.

How do you possibly determine the “happiness” of an entire country?  According to the article linked above, the Nordic countries do well because they offer “healthy amounts of both personal freedom and social security that outweigh residents having to pay ‘some of the highest taxes in the world.'”  An individual quoted in the article explained:  “‘Briefly put, (Nordic countries) are good at converting wealth into well-being,” and the findings show that “the conditions that we live under matter greatly to our quality of life, that happiness is not only a matter of choice.”

The U.S. apparently is suffering in the rankings because, even though many incomes in America have increased, there is a perception of declining general health, increasing addiction (to a host of things, including cellphones, video gaming, and eating unhealthy foods), “declining social trust,” and “declining confidence in government.”

Is America, as a whole, unhappier now that it has been in the past?  Trying to measure an abstract concept like happiness on a country-wide basis seems like an impossible task to me, because the subjective values of the people doing the evaluations can’t help but affect the evaluation.  But I do believe this:  many Americans seem to be tapping a reservoir of anger, and seem a lot less willing to give people with opposing viewpoints the benefit of the doubt.  The kind of brooding, harsh anger that we see so often these days is not exactly a recipe for happiness.

Starting this week, the government in Finland is going to do something interesting.  For two years, it will be giving free money — about $590 a month — to 2,000 unemployed Finns. 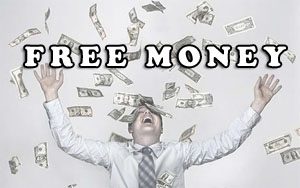 It’s an effort to test the theory of “basic income,” and also an attempt to try to streamline Finland’s social welfare system, where benefits vary depending on a person’s status and change whenever the status changes.  The concept of basic income posits that paying people just for being alive will make sure that no one falls through the cracks.  And the Finnish government also is hoping that the experiment will provide some evidence of just what unemployed people will do if they are given money with no strings attached.  Proponents of basic income hope that the money spurs unemployed people to start their own businesses and be more entrepreneurial.  The skeptics expect that the lucky 2,000 Finns will spend a lot of time on their couches, watching TV and eating junk food.

I’m not sure how the free money will affect the 2,000 recipients; predicting the reactions of individuals is never easy.  I don’t think $590 a month is all that much money — for example, it’s about a third of what salespeople in Finland earn, according to this chart — but if Finland has a robust social safety net, as many northern European countries do, it might be enough to allow somebody to eke out a couch-bound, video game-oriented life with a roommate or two and some generous parents.  It doesn’t seem like it would be enough money to allow people to start a business, learn a new trade, or do some of the other positive, poverty-ending things that some advocates are forecasting.  My guess is that if the unemployed folks had the drive, moxie, and gumption to start a new business, for example, they probably wouldn’t be unemployed in the first place.

No, I think the more predictable response will come from the people who aren’t getting that $590 a month for the next two years.  Somebody is paying the taxes that fund the “free money” pot, and I’m guessing they won’t exactly be happy to be paying somebody else to simply exist.  And if even a portion of the 2,000 start their own businesses, some of the taxpayers no doubt will wonder why they didn’t get the free money that would allow them to pursue their dreams.  When government is picking the lucky few, there is bound to be some resentment.  Pretty soon you end up with a lot of people wanting that free money from the government, the government bowing to popular demand, and perhaps not enough people who are working and paying the taxes that provide the free money in the first place.

All of which begs the question:  how could the “basic income” model be sustainable in the real world?  Thanks to Finland, maybe we’re about to find out.

There is a UFO at the bottom of the Baltic Sea — maybe.

Sonar has located a curious disk-shaped object on the floor of the Baltic Sea, between Sweden and Finland.  Enthusiastic treasure hunters and UFO buffs say it looks like the Millennium Falcon from Star Wars.  (I think it looks more like Pac Man.)  It’s about 200 feet in diameter and lies at the end of a churned up track of sea floor.  No one knows for sure what it is, and the speculation is that it might be a Russian spacecraft or a UFO.

The discoverers don’t think they can get investors to underwrite exploration of the object, because there is no promise of lost gold or silver.  So, they’re hoping a TV production company will shell out for a Geraldo Rivera-type expedition to find out what the object is. Of course, in all likelihood the result would be as disappointing as the show where Geraldo opened an old safe and didn’t find anything of note.

It’s wildly improbable, and it sounds like a trite and fantastic science fiction plot — but let your mind wander for a moment, and imagine the reaction in the world if we discovered a spacecraft burrowed in the silty bottom of the Baltic Sea.

The BBC has an interesting article on the efforts of scientists to predict the extinction of religion in certain countries.  The scientific study considers the number of people who indicate no religious affiliation in census data and then seeks to identify the “social motives” behind being a religious person.  The study predicts that religious faith will die out in Australia, Austria, Canada, The Czech Republic, Finland, Ireland, the Netherlands, New Zealand, and Switzerland.  (Ireland?  Really?) 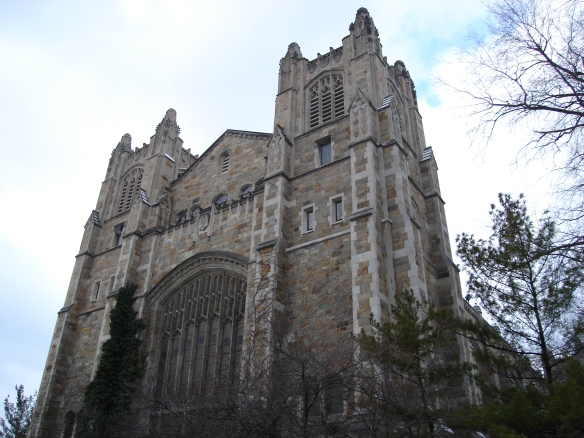 The scientists apply a “nonlinear dynamics” model that seeks to measure and predict the social and utilitarian value of putting yourself in the “non-religious” category.  As one scientist explained, the concept of nonlinear dynamics “posits that social groups that have more members are going to be more attractive to join, and it posits that social groups have a social status or utility.”  Nonlinear dynamics has previously been used by scientists to predict the death of certain spoken languages, where individuals have to decide between a language that is spoken only by a shrinking pool of participants and learning a more popular alternative.

I think the scientists may have missed the boat on this one.  To be sure, religions and languages both have a cultural element, but for many religious people their belief is rooted much more deeply.  Adherents to the world’s various religions, after all, are motivated at least in part by faith.  If joining the larger social group was all there was to it, history would not reveal such a long and bloody list of religious martyrs who were burned at the stake, stoned, and tortured rather than repudiate their beliefs.