The Barone di Villagrande vineyard offers excellent accommodations and a first-rate kitchen that prepares exquisite food. In the morning you check boxes on a little menu to indicate what you want for breakfast. If you check the fresh fruit box, you’ll likely be served a plate that looks something like this.

The peaches, apricots, melon, strawberries, and kiwi are all ridiculously fresh and intensely flavorful. If you’re like me, though, you might not have seen the yellow stemmed item in the middle of the plate. It’s a fruit called the medlar that is grown all over Sicily and Italy. if you grab it by the stem and bite into it, you’ll be treated to a delicate taste that is like a cross between an apple and a pear. Unlike those fruits, however, the medlar has large, Chiclet-sized seeds, so you’ll want to nibble around them.

Imagine! A new fruit! And a tasty one at that. If one of our Columbus grocery stores stocked medlar, I’d buy it. 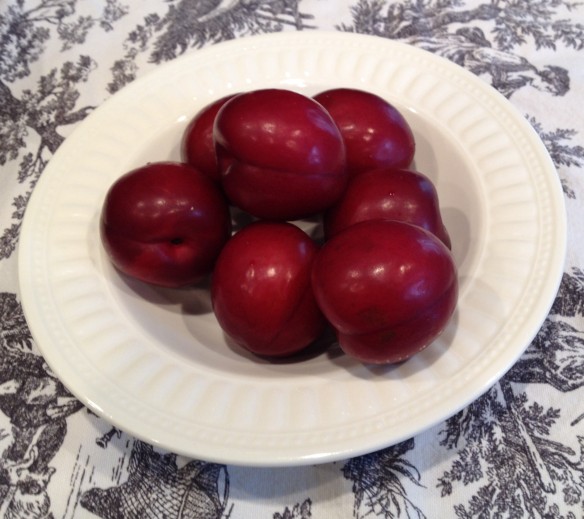 The California Girl is coming for a visit today, and if the weather permits we’re going to have a cookout tonight in her honor.  Whenever we have guests from another state visit during the summer months, we always try to put together a menu that features some of the best central Ohio has to offer — so yesterday we made a trip to Lynd’s.

Lynd’s is the local farm fresh store, the kind of place that will only sell produce that is currently being picked and will put out a sign that says that peaches will become available in two weeks.  It has two locations — a big store in Pataskala that won’t open until later in July, and the small store closer to our house that is open now.  On our visit we loaded up on sweet corn, green beans, local cheese, a watermelon, and one of Kish’s favorites:  plums.  Toss in some hamburgers and chicken, and you’ve got an Ohio cookout. 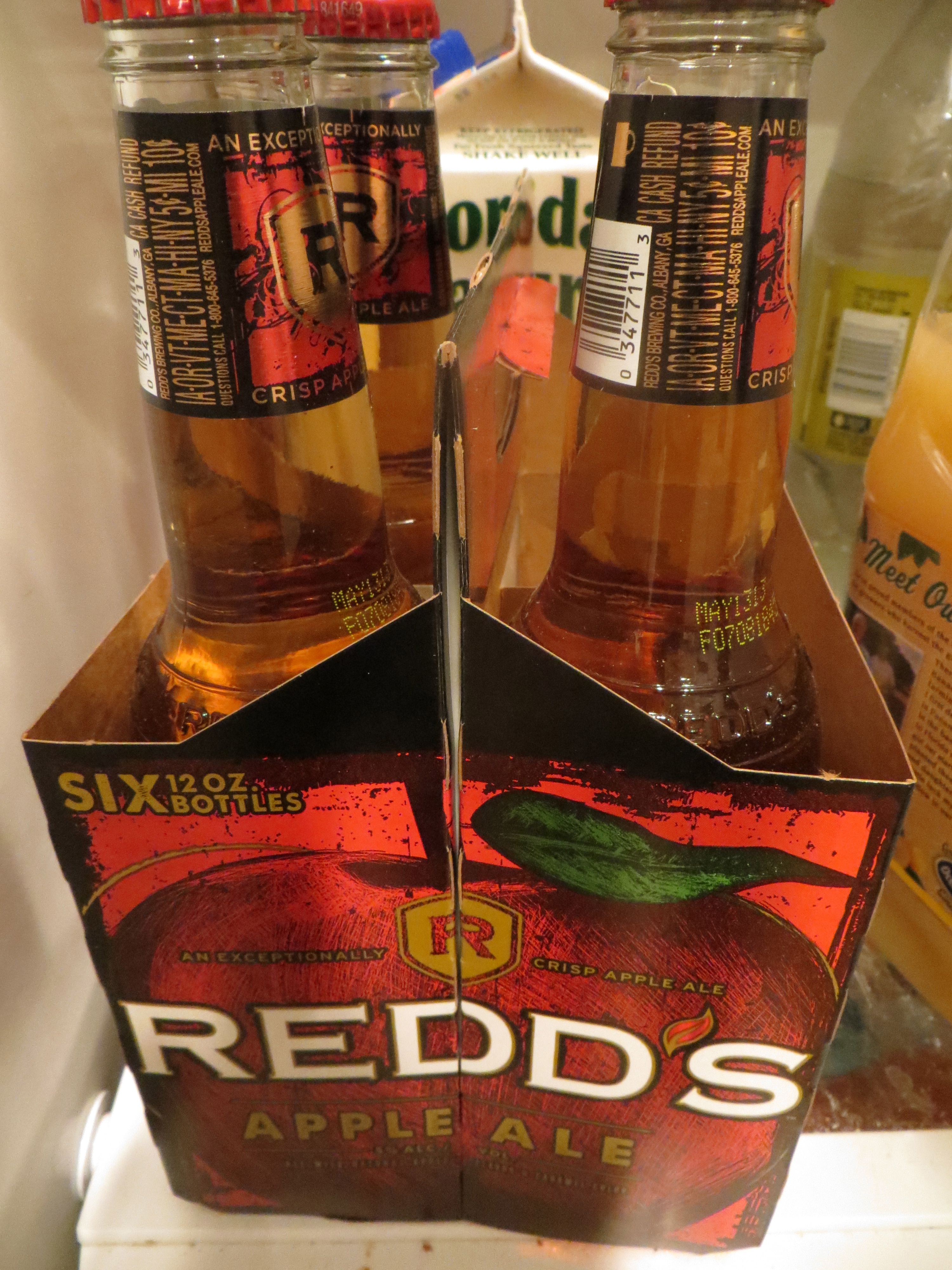 Blue Moon Belgian White Wheat Ale, served with a slice of orange, has been around for a while and is a favorite of mine.  Shock Top Belgian White often is served the same way.  And, in my recent trips to the beer aisle of our neighborhood grocery store, I’ve seen raspberry beers, and lemon shandies, and blueberry beers.  I’ve also heard of peach beers, and watermelon beers, and other fruit-based experiments.  I’ve tried the shandies, and they are light and refreshing.  On the other hand, the blueberry beer I bought on a lark one time was just too sweet and cloying for my taste.

Most recently, after seeing countless commercials in which an indecisive guy trying to figure out what to order at a bar gets bonked on the head by an apple, I decided to try a Redd’s Apple Ale.  It’s also not bad.  It’s sweeter than most beers and has a distinctive apple tang.  It would be a good choice to sip on a sultry summer night while you are cooking sizzling meat on a hot Weber grill.  It also would likely promote responsible drinking, because I can’t imagine you could drink more than two or three before your fillings started to ache and your mouth puckered. 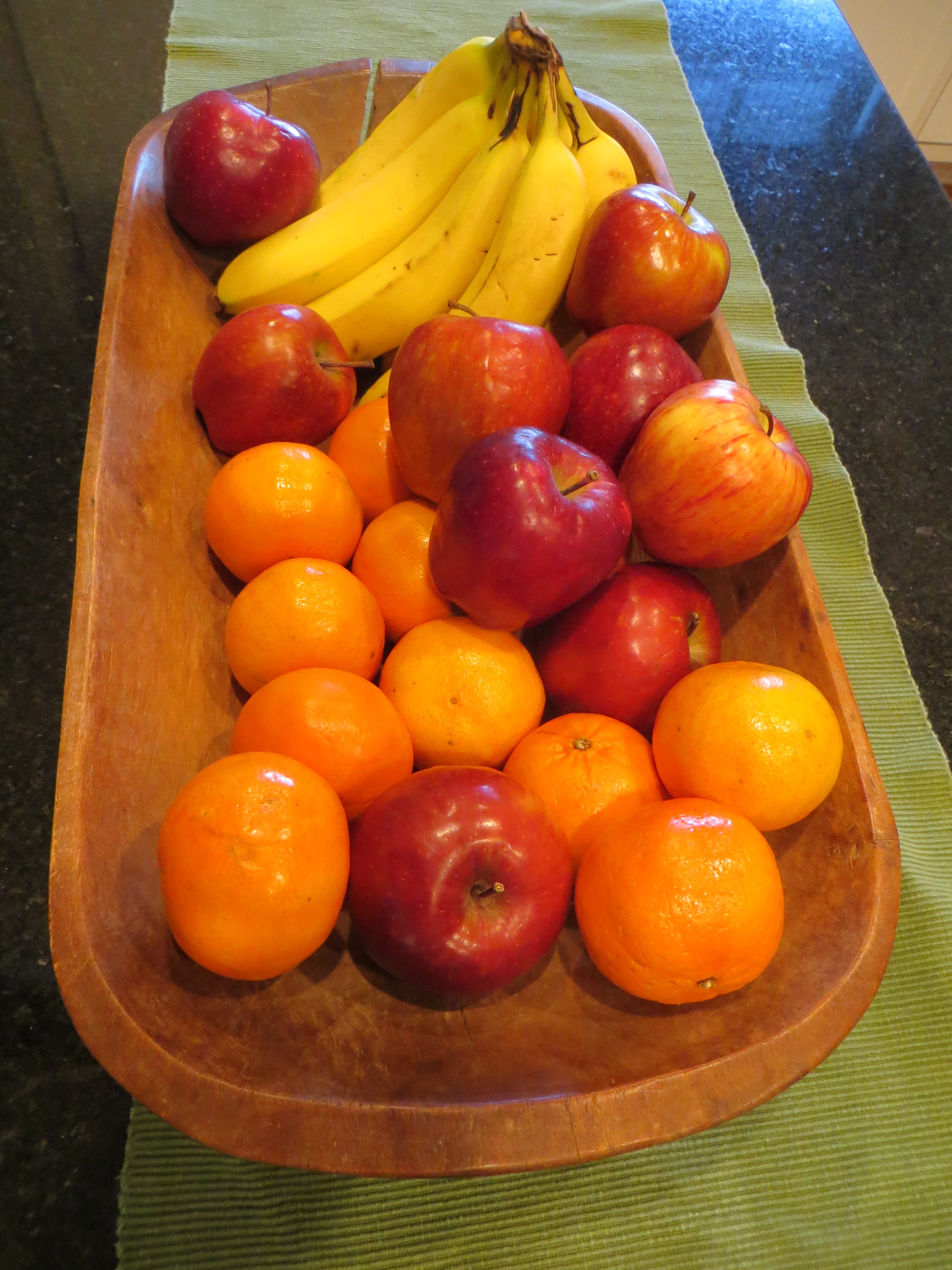 Richard is home for the holidays, and tomorrow Russell will be joining us.  It will be grand, indeed, to have them both at home.

If Sherlock Holmes were visiting our house, he would know with one glance at the kitchen fruit bowl that the boys will soon be home.  They are healthy eaters — unlike me — and Kish always stocks up on fruit when they are due to arrive.  The bananas, apples, oranges, and other goodies not only allow for healthy eating, they also add some bright colors to the Thanksgiving festivities.

I had my annual (well, occasional) physical last week, and saw the concerned face that our family doctor probably puts on whenever he talks to a guy in his mid-50s who has a desk job.  There was talk about test results (normal, whoo-hoo!), aging-related diagnostic checks (an MRI to evaluate plaque build-up in blood vessels), and statistics that show that, for men, the late 50s are the danger zone for heart attacks, strokes, and other unwelcome forms of sudden death (yikes!). 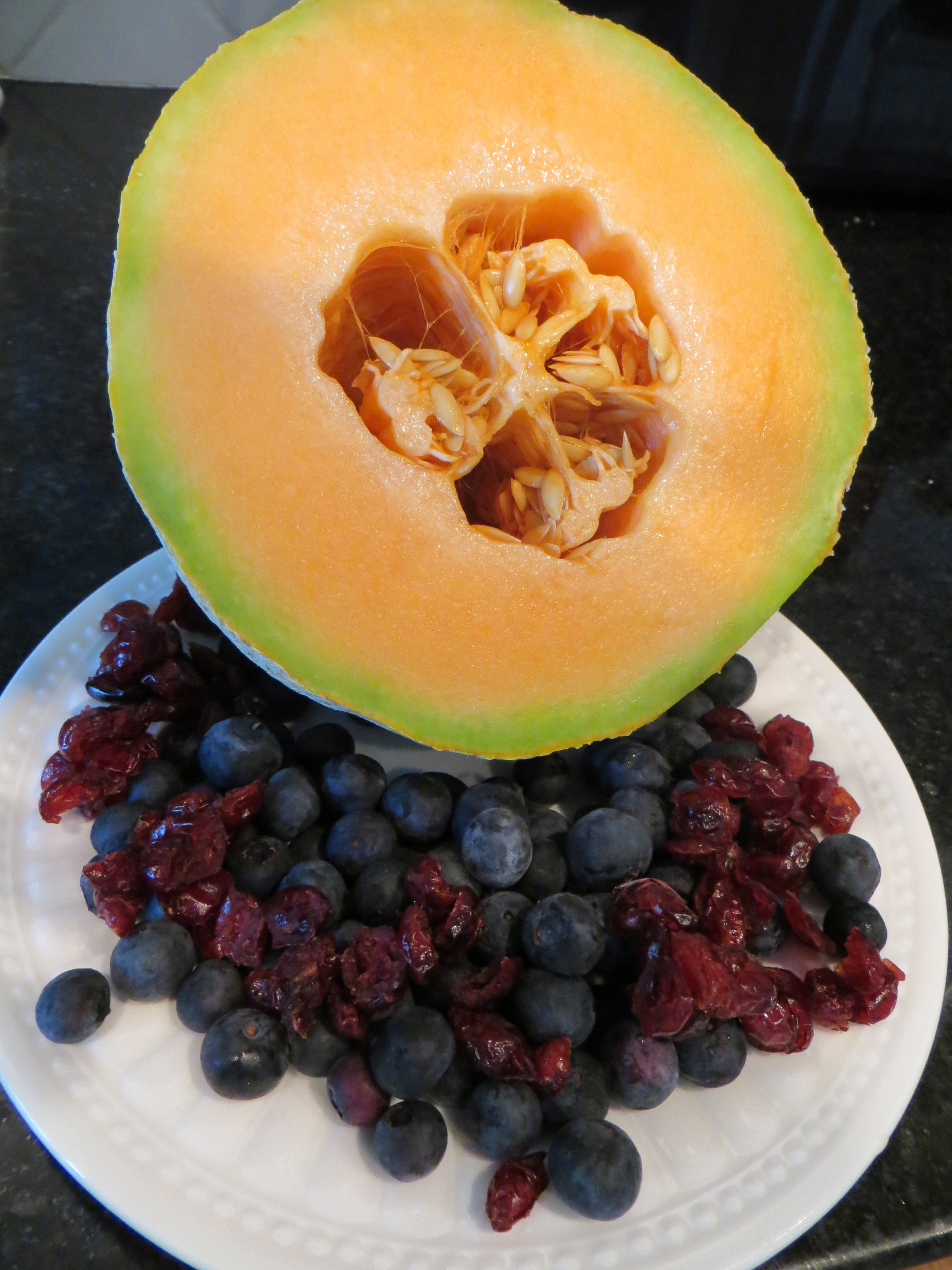 Inevitably, the discussion turned to diet.  Time to eat fewer juicy cheeseburgers and more dry, unadorned fish and chicken!  Let’s try to choke down more leafy green vegetables, shall we?  And watch out for those evil “empty calories,” too, while we’re at it!

Fortunately, the good doctor also recommended that I eat more fruit.  No problem!  I felt proud of myself when I drove to the neighborhood grocer and, following doctor’s orders, bought fresh raspberries, strawberries, blueberries, and melons for some welcome, juice-dribbling-down-the-chin goodness.

With this group of fruit choices, timing and sequencing is crucial.  You always start with the raspberries, before they get soft and soggy, when they still have the crisp snap as you bite into them and savor their tart flavor.  Then you move to my favorite, strawberries, perform the necessary surgery on the stem remnants, cut them into sections, and gobble them down — in my case, typically on a bowl of Corn Flakes or Rice Chex.  Next up is the blueberries, to pile heaping spoonfuls into your mouth and get that explosion of flavor as your teeth breach the skin of the fruit.  And finally you reach the melon, after a few days of ripening, scoop out the seeds, and then enjoy the succulent spoonfuls of sweet melon flesh.

These are some of the best tastes of summer, which is the golden season for local Ohio fruit.  If only every instruction from my doctor were so easy to follow!

Scientists in Siberia have discovered and grown ancient fruit — thanks to some Arctic ground squirrels that lived thousands of years before the end of the last Ice Age.

The squirrels had stashed the fruit in their burrows dug deep into the permafrost.  The fruit quickly froze and has remained frozen for 30,000 years.  The squirrel burrows were left undisturbed and were apparently discovered by people looking for the remains of mammoths and other Ice Age creatures.  Scientists took the frozen fruit and, using advanced techniques, have been able to grow plants from the fruit remains — making the fruit, from a plant called Silene Stenophylla, by far the oldest plant material brought back to life after an extended period of dormancy.  The discovery gives scientists hope that they might be able to find, and revive, the frozen remains of extinct Arctic region plants.

Who knows what happened to the squirrels that originally stashed the fruit?  Perhaps they were eaten by a stray saber-tooth tiger or some other Ice Age predator.  But their pack-rat storage habits have allowed scientists to bring an ancient plant back to life — and have given new meaning to the notion of squirreling things away.

One of the great, yet underappreciated, Supreme Court opinions ever published was Nix v. Hedden, in 1893. In that seminal decision, the Court wrestled with the weighty question of whether a tomato is a “vegetable,” or a “fruit,” within the meaning of the Tariff Act of 1883. The entire decision, including title, reporter’s note, background description, and the Court’s opinion itself consume only four pages of the U.S. Reports, and the opinion of Mr. Justice Gray is a mere two pages long, with nary a footnote in sight.

The Court’s opinion was straightforward. It unanimously found that there was no evidence that the words “fruit” and “vegetable” had acquired any special meaning in trade or commerce. As a result, the words used in the Tariff Act had to be given their ordinary meaning. The Court then applied the ultimate test — namely, when are tomatoes served during a dinner meal? The Court reasoned: “Botanically speaking, tomatoes are the fruit of a vine, just as are cucumbers, squashes, beans and peas. But in the common language of the people, whether sellers or consumers of provisions, all these are vegetables, which are grown in kitchen gardens, and which, whether eaten cooked or raw, are, like potatoes, carrots, parsnips, turnips, beets, cauliflower, cabbage, celery and lettuce, usually served at dinner in, with or after the soup, fish or meats which constitute the principal part of the repast and not, like fruits generally, as dessert.” In short, because no rational person would consume a tomato for dessert, it must be a vegetable.

It’s too bad we have moved beyond the days when the Supreme Court could address truly momentous legal issues, like whether a tomato should be deemed a fruit or a vegetable. In any case, Nix v. Hedden is a very helpful authority to cite when smart-alecks — like my good friend Dr. Science — argue that my anti-vegetable stance should not extend to tomatoes because, botanically speaking, they are properly classified as a fruit. Take that, Dr. Science! The Supreme Court as spoken, and as a lawyer I am bound to follow precedent.