When I was a student at the Ohio State University in the late ’70s, one of the many political groups on campus was the Revolutionary Communist Youth Brigade.  You would see them out on the Oval, advocating for their communist causes and trying to recruit new members.  There weren’t many takers for what they were selling.

Apparently that view has changed. 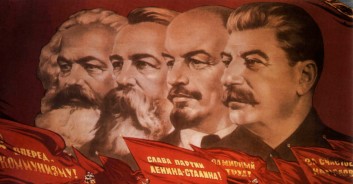 According to a recent survey, millennials — defined as those between ages 23 and 38 — look far more favorably on communism and socialism than older generations.  The results of the poll indicate that an astonishing 36 percent of millennials approve of communism, and 70 percent responded that they are extremely likely or somewhat likely to vote for a socialist in the upcoming election.  In addition, about half of millennials and members of Generation Z — those between ages 16 and 22 — have a somewhat unfavorable or very unfavorable view of capitalism.  It’s not surprising, then, that 22 percent of millennials believe “society would be better if all private property was abolished,” and that 45 percent of Generation Z members and millennials believe that “all higher education should be free.”

The results of the poll, which was conducted by YouGov and released by the Victims of Communism Memorial Foundation, are pretty amazing — until you consider the life experiences of the various generations.  When I was in college the Cold War was in full swing, the Soviet Union had just invaded Afghanistan, Aleksandr Solzhenitsyn was exposing the horrors of the gulags, and the world was only a decade away from the death of countless people in China’s “Cultural Revolution.”  It wasn’t difficult to form a negative view of communism.  Millennials and Generation Zers, on the other hand, grew up in a post-Soviet world where China is largely viewed as a producer of electronic gear and its repressive tendencies, whether in Hong Kong or in its treatment of ethnic minorities, are often ignored or overlooked.  How much have millennials and Generation Z been taught about the true nature of communism and its bloody history?

What will this embrace of communist and socialist ideology among young people mean for the upcoming Democratic primaries, where some candidates are advocating for policies that are openly described as socialist?  It all depends on whether those millennials and Generation Zers who want free college will register and cast their vote in a free and open election — which, incidentally, doesn’t happen in communist countries.  But then, millennials and Generation Zers may not be aware of that.