This morning the Norwegian Nobel Committee awarded the Nobel Peace Prize to its youngest winner ever — Malala Yousafzai, a 17-year-old woman from Pakistan.  She and Kailash Satyarthi of India received the Prize for their work to advance the rights of children and promote universal schooling.

Many selections of the Nobel Peace Prize Committee have been controversial — often they are criticized as highly politicized attempts to direct public discourse, rather than recognize true achievements in promoting peace — and even this award had an apparent political message.  The Committee Chairman said: “The Nobel Committee regards it as an important point for a Hindu and a Muslim, an Indian and a Pakistani, to join in a common struggle for education and against extremism.”

Regardless of the political overtones, this time the Committee made a very worthy choice.  Yousafzai’s compelling personal story, and her courageous crusade for education, have been an inspiration to millions across the world.   Ever since she overcame being shot for resisting Taliban edicts that barred girls from going to school and bravely continued to advocate — peacefully — for the advancement and schooling of girls, Yousafzai has been a living example of everything the Nobel Peace Prize is supposed to represent.

There is something important in the fact that Yousafzai is the youngest-ever winner of the Nobel Peace Prize, too.  A 15-year-old girl who is threatened, bullied, and then shot by religious extremists would seem to be powerless, but Yousafzai proved that perceptions of power can be wrong.  Individuals, young and old, can make a difference.

In Nigeria, an Islamic terrorist group called Boko Haram has engaged in mass abduction of hundreds of school girls.  The Nigerian government has said that it is searching diligently for the missing girls, and has accepted an offer from the U.S. government for military help in the search process.

Boko Haram, which translates into “Western education is a sin,” seeks to impose strict Sharia law in Nigeria.  The group has attacked and bombed churches and schools and opposes the education of girls, saying they should “get married” instead.  The head of the group says it will sell the abducted girls.

Nigeria is Africa’s most populous country.  It is the latest battleground in the war on girls, and education of girls, by some radical Islamic groups.  Boko Haram’s abduction of the Nigerian girls is no different in kind from the Taliban’s attacks on Malala Yousafzai, the courageous young Pakistani who insisted on receiving an education and advocating for education of girls despite edicts to the contrary.  Clearly, there is a strain of radical Islam that insists on subjugating women, leaving them ignorant and uneducated, and relegating them to submissive roles.  We all need to stoutly resist the Boko Harams of the world and their repressive ideologies, and leadership on the issue should come from within the Islamic community itself.

Nigeria is far away, and the abductions have occurred in remote areas — but that doesn’t make what Boko Haram is doing any less meaningful for the rest of the world.  If humanity is to progress, it can only be by ensuring that freedom and liberty is available for everyone.  If Nigerian girls lose their right to an education due to Boko Haram’s terrorism, that result can only embolden other radical Islamic sects to seek the same retreat from modernity in their countries — and ultimately we may find ourselves facing a repressive world that seeks to sharply limit the freedoms of us all.  We need to draw a line, take a stand, and help the Nigerian government find the missing girls and defeat Boko Haram.

The Girl Scouts and Lean In, among others, have started a “Ban Bossy” campaign. The underlying concept is that “bossy” is a negative term that is applied to young girls more than young boys, and discourages girls from showing leadership.

This is a complex issue — made more complex by the fact that girls apparently apply the term to other girls much more frequently than boys apply it to girls, or boys. I don’t remember using “bossy” when I was a kid. Young girls apparently use it because they try to play more cooperatively than young boys. “Bossy” girls aren’t viewed as sufficiently cooperative.

I don’t think the word itself is the problem. I don’t equate “bossiness” with leadership. Bossiness connotes more of a desire to control, an unnecessary and officious intermeddling with everything that is happening. Leadership, in contrast, is about making people trust your judgment and decision making and want to follow you. People who are bossy — whether they are male or female — tend to be irritants rather than leaders.

I’m all for encouraging girls to be leaders. God knows we need more capable leaders! I’ve worked for women throughout my career, and they typically have been terrific supervisors and team leaders. Like all good leaders, they know how to get people to work together effectively. Whether they were called “bossy” as kids or not, they developed leadership skills and characteristics.

The “Ban Bossy” campaign, however, risks confusing a word with a mindset. Let’s encourage girls to be leaders, but let’s not confuse them by suggesting that leadership is bossiness writ large. It isn’t. 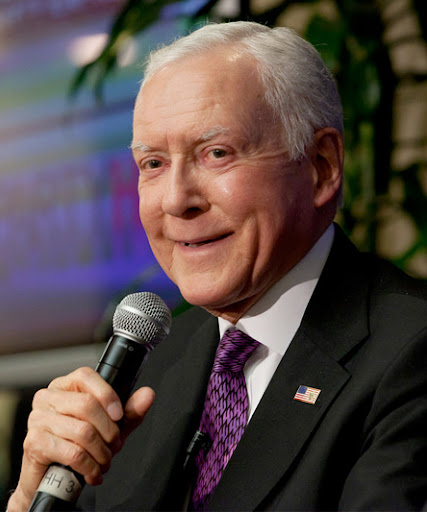