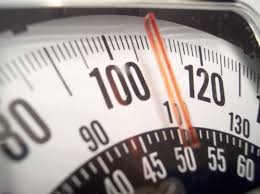 My new favorite show is Heavy on the Arts and Entertainment channel airing Monday nights at 10 pm. Heavy is a docudrama that follows two individuals each episode, one man and one woman who are facing life threatening health consequences because of their obesity. The men may weigh as much as 600 lbs and the women may weigh as much as 400 lbs. The show documents their transformation during a six month treatment program.

Bill was a football player for the University of Alabama in the late seventies. He played some professional football for the San Diego Chargers, but his career was cut short due to injuries. His addiction to drugs and alcohol caused him to finally lose his wife, his house and his job.

Julia was recently dumped by her boyfriend who no longer found her attractive and she became the caregiver for her mother who eventually lost a four year battle with cancer. Both Bill and Julia’s coping mechanism became food.

Typically the participants wonder how they have let their weight get so out of control, but under Beverly’s guidance Bill and Julia learn to exercise daily and adjust to a normal diet limiting portion size to around 300 calories per meal as opposed to the fast food meals they are used to eating that averaged 3000 calories.

To make a long story short, Bill lost 160 lbs when he left Hilton Head Health and Julia lost 90 lbs. My favorite part of the show is the reveal at the end when they inevitably say “I’ve got my life back” and their families and friends get to see their new and improved look, it always brings a smile to my face.

I have a couple of friends that are working hard to lose weight by watching their calorie intake and exercising as much as possible. I really have to commend them and wish them much success in their efforts.