CNBC recently published an interesting article by a writer who interviewed 225 millionaires to evaluate their habits and analyze common themes. He found that the interview subjects all fell into one of four categories: “saver-investors,” “company climbers” who work for a company, climb the corporate ladder, and ultimately secure a senior-level position, “virtuosos” who are very good at what they do and are paid accordingly, and “dreamers” who follow their passion and do things like form their own businesses or write books.

The most common habit people in the four groups shared–besides working at something, which obviously is the basic foundation for each of the groups–was the habit of saving money. 88 percent of the millionaires interviewed said saving was a key part of their financial success. And the savings process itself involved three common themes: automatic saving of a significant part of income, investment of their savings, and frugal lifestyles. Reaching millionaire status using these techniques can be a slow process–it took the millionaires who were interviewed between 12 and 32 years to accumulate their nest eggs of between $3 million and $7 million–but the process worked.

There are a lot more millionaires now than there were during the era of Thurston Howell III and Lovey, the “millionaire and his wife” on Gilligan’s Island. It is estimated that 20 million Americans have reached millionaire status, producing 13.1 million households–more than 10 percent of the total number of households in the U.S.–that have assets of at least $1 million. About 20 percent of the millionaires inherited their wealth, but the rest made their money, in whole or in significant part, through their own effort and hard work.

Not everyone wants to become a millionaire, of course–but if you do, the statistics show that it is a reachable goal that can be achieved with work, a long-term focus on saving and asset growth, prudence, and the good luck to avoid serious illness or unprovoked job loss.

If you’ve got some of your retirement savings invested in the stock market, as many of us do, the last few days have been unnerving.  The market had an historic run up, and then it went down again.  Yesterday, where the Dow Jones Industrial Average at one point had dropped 1600 points, was an especially wild ride.

When the market behaves like this, what’s a normal investor, who’s not an insider or a financial kingpin, supposed to do?  You can get dizzy just reading all of the different views of what is “really” going on.  Some people say it’s just a predictable correction after years of historic gains.  Some say the Trump tax cuts have overheated the economy and the market is reacting to that.  Some say we’re long overdue for a bear market.  And some say the Federal Reserve Board hates President Trump and his focus on the stock market as a proxy for his presidency and just wants to bring him down low.

(The last theory, in which the Fed would be intentionally manipulating the market for overt political purposes, is especially troubling — and even in these conspiratorial times, seems pretty unbelievable.  To buy that theory, you’ve got to conclude that the Fed’s dislike for President Trump is so powerful that they are perfectly willing to take actions that torpedo the retirement portfolios of millions of individual investors just to give the President a black eye.  Could bureaucrats really be so disdainful of average Americans?  Call me naive, but I find that incredibly hard to believe.)

So what’s really happening here?  Beats me!  My guess is that the run-up has been so significant that there are lots of people out there who thought it was time to take their profits, and the downward movement caused by those sales then triggered some market-decline benchmarks that automatically produced further sales and caused the sharp fall — but that’s just a guess.  Maybe somewhere on Wall Street somebody knows the real answer for sure, but I doubt it.  The stock market is so complex, so huge, and so prone to human reaction that it’s difficult to explain these downward spikes.

So, to put the question again, what’s a little-guy investor to do?  If you think saving money for retirement is prudent — if you don’t, you probably wouldn’t read this post in the first place — and you need to find a place to put your money until the retirement day comes, there really aren’t many alternatives to the stock market that can produce a meaningful return.  Most of us aren’t offered opportunities to invest in real estate deals or development projects, and we probably wouldn’t be comfortable having a big chunk of our money invested in such illiquid things, anyway.  Bond yields are low, and banks pay next to nothing on CDs.  So where else are you going to put your money?  This reality suggests that basic, brute economic forces are going to continue to make the stock market a preferred investment option for people and businesses, not just in the U.S. but also abroad.

But you’ve got to recognize that the stock market is a long-term investment, and it’s going to be a roller coaster ride.  When you’re on the coaster, it’s pretty hard to get off on the highest hill, and you don’t want to exit the car and move onto the tracks at the bottom, either.  You just hold on, scream when the cars start that big downward move, and feel your pulse racing until the end.  Or, you can simply close your eyes, recognize you’re on the ride and there’s not much you can do about it, and focus on other things until your circumstances make you a short-term investor and there are true decisions to be made.

Who knows what this current jittery period will bring?  It’s time to hang on tight.

Yesterday the U.S. Department of Justice announced the arrest of two individuals affiliated with “bitcoin” exchanges. The two men are charged with using the bitcoin exchanges — which allow people to trade bitcoins for currency like U.S. dollars — to obtain bitcoins that could then be sold to users of another on-line exchange, called Silk Road, where the bitcoins could be used to buy drugs anonymously, in violation of the Bank Secrecy Act. 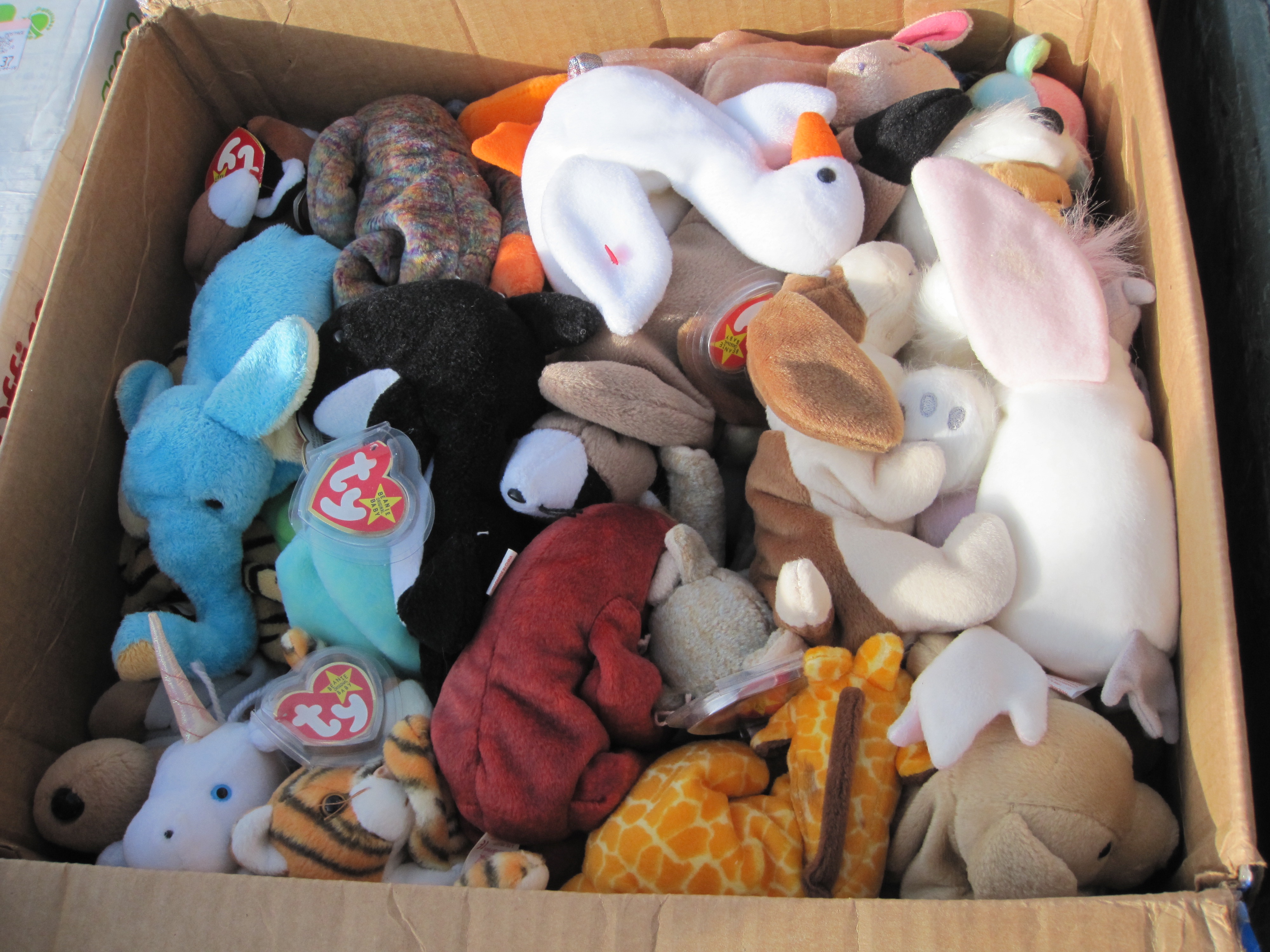 Bitcoins are a kind of token to which some people have assigned value. Each bitcoin is represented by a supposedly unique online registration number, created when a computer solves a difficult mathematical problem with a 64-digit solution. There are supposed to be a finite number of such 64-digit solutions and therefore a finite number of bitcoins, which is why bitcoin investors believe they will only appreciate in value. Users receive bitcoins at unregistered, anonymous addresses, which means the bitcoins themselves can be used to conduct anonymous transactions, as a kind of on-line currency. And, as the announcement yesterday reflects, bitcoins can be traded for real money.

I don’t pretend to fully understand bitcoins and how they are supposed to work — but I wonder how many people who have them and use them really do, either. It’s hard to understand how real value could be created simply because a random computer solves a complex math problem, and I expect that many bitcoin investors don’t have the mathematical and computer capabilities to really understand whether bitcoins are truly unique and just how limited their supply really is. And the anonymity of bitcoins means there is plenty of opportunity for mischief in how they may be used.

People who trade in bitcoins and are banking on their appreciation in value are taking a lot on faith. Of course, at a certain level you can argue that every form of currency involves a similar act of faith, but at least there are public, functioning markets for U.S. dollars, Treasury bills, stocks, and bonds and they are backed by functioning, publicly known entities. Bitcoins remind me of subprime mortgage bundles, or for that matter Beanie Babies. For a time, each of them was a hot commodity. Everyone seemed to be buying them and the word on the street was that their value was only going up. Then one day the frenzy ended, people stopped buying, and the investors were left with pieces of paper or a pile of children’s toys — and a big hole in their balance sheets and bank accounts.

Maybe bitcoins will be different . . . or maybe they won’t.