Kish and I enjoyed the last episode of The Office on Thursday night — and I’d venture to say that it stacks up as one of the best series finales ever. 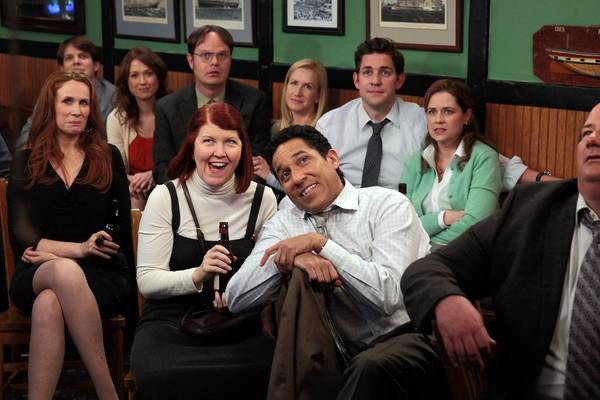 We’re all familiar with the Seinfeld syndrome, where a beloved series hits the creative wall, limps to the finish line, and then ends with an over-the-top last episode that is hopelessly sappy, or confused, or kills off (or imprisons) long-time characters.  That is the unfortunate fate of too many shows, and for a time this season, as Jim and Pam seemed to grow apart and a behind-the-scenes cameraman seemed to enter the fray, I was afraid that The Office might take that wrong turn.  I’m glad that Jim and Pam reconciled and the show returned to its first principles.

Sure, the final episode had its saccharine moments, such as where an orphan found her parents and Michael Scott returned for the wedding.  For the most part, though, I thought the characters remained true to what we’ve seen over the past years.  I particularly liked the way the last episode, and those leading up to the finale, believably sold the notion that all of this was the part of a long-in-preparation PBS documentary — and then managed to poke some fun at PBS executives, tote bags, and viewers in the process.  And while the resolutions of relationships was undoubtedly a bit too pat, and prior animosities seemed to vanish, it’s satisfying to see characters you’ve come to like have a happy ending.

Kish’s question at the end of many movies is:  “Do you think they get together at the end?”  With The Office, it’s nice to know that they did.