On Sunday we drove back to Columbus from Cedar Point.  It was the heart of the Labor Day weekend, traffic was heavy, and the Ohio Highway Patrol was out in force.  We saw more than a dozen OHP cars as we made our way south.  In many instances, the officers were standing outside their cars, aiming their radar guns at oncoming traffic, identifying speeders with a stern finger point, and waving them over to the berm for a ticket.  It was like shooting fish in a barrel.

As I passed OHP patrol car after patrol car, I found myself wondering:  is this really a good use of our scarce law enforcement dollars?

In America, we’ve got serious crime problems in many of our cities.  The murder rates in places like Chicago are shocking.  Gang violence seems to be on the rise.  In southern Ohio, a heroin epidemic is raging, and overdoses recently spiked as a deadly new form of heroin apparently mixed with an animal tranquilizer hit the streets.

By contrast, the stretch of I-71 between Ashland and the outskirts of Columbus isn’t exactly a hotbed of crime.  There’s speeding, sure . . . but in the grand scheme of things speeding on an interstate highway is a pretty mild offense.  Do we really need to have dozens of well trained, well equipped police officers patrolling a highway and ticketing speeders, or would it be better to have those law enforcement personnel employed to hunt down deadly drug dealers, break up violent gangs, and protect society against murderers?

I’m not saying that American highways should be turned into lawless zones, and we clearly need some form of highway patrol to help stranded motorists, deal with accidents, and catch drunk drivers, reckless lunatics, and road ragers.  But none of the people I saw get ticketed on Sunday fell into that category.  They were just average folks who were moving with the flow of traffic in the passing lane at speeds slightly above the posted limit, and now they’ll find their wallets a few hundred bucks lighter.

Some people contend that modern traffic law enforcement is all about generating those speeding fines and putting the resulting funds into governmental coffers.  I suppose defenders of aggressive traffic speeding enforcement would argue that rules are rules, and a show of force like we saw on Sunday is going to convey the unmistakable message that cops are watching and people need to obey the law.  As somebody who thinks that “broken windows” theory makes sense as a matter of human nature, I can see that . . . but I also think that a more rational allocation of resources should be made.  If you assume that we have a finite amount of law enforcement dollars — and we clearly do — I’d rather see it used to address more egregious and deadly criminal conduct.

I saw a news story earlier this week in which North Carolina police warned folks in the Tar Heel State that they would be cracking down on speeding.  They’ve launched an “Obey the Sign or Pay the Fine” campaign.  (Apparently the law enforcement folks really, really like law enforcement campaigns that involve simple and annoying rhymes, like the “Click It or Ticket” seatbelt effort.) 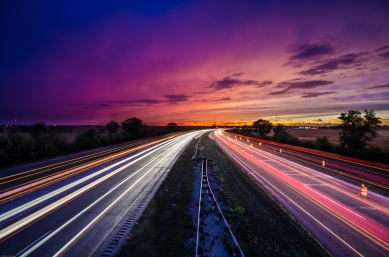 The point of this North Carolina law enforcement initiative apparently is to disabuse drivers of the notion that there is some sort of safe speed above the posted limit that you can drive without getting pulled over and cited.  The news story linked above says the common belief is that so long as you are going less than 10 m.p.h. over the speed limit, you’re okay.  Nope, says the North Carolina Department of Transportation:  in this new campaign, they’ll be ticketing anyone going even one mile an hour above the posted limit.

One mile an hour?  Yikes!  That’s expecting a lot of precision out of the speedometer in my car.  It doesn’t provide me with a digital readout, after all; it’s just an orange arrow that points in the general direction of a range of numbers and can move abruptly.  And since the numbers on the speedometer occur in increments of 10, there’s not even a “65” for the arrow to point at — 65 is just one of the little lines between 60 and 70.  If I got a ticket for going 66 in a 65 m.p.h. zone on a North Carolina freeway, I wouldn’t be a happy camper.

I’ve never thought there was a 10 m.p.h. buffer zone, anyway.  But I do think there may be another kind of calculus that highway drivers should consider, and that’s the day of the month.  Have you ever noticed that many more patrol cars are on the road at the end of the month?  It always makes me wonder whether there is some kind of monthly quota that highway patrolmen and local police are hoping to meet.  And — purely by coincidence, I’m sure — the North Carolina “Obey the Sign or Pay the Fine” campaign started on March 24.

I’d come up with some kind of clever, poetic reminder of this for the drivers out there, but I can’t think of a word that rhymes with “end of the month.”

If you’ve publicly encountered anyone involved in law enforcement or security lately — whether it be police officer, Highway Patrolman, or black-shirted rent-a-cop security officer — you’ve probably received what I’ve come to think of as the “law enforcement nod.” The encounter begins as you approach the law enforcement person, who undoubtedly is wearing mirrored sunglasses and a wholly deadpan expression.  They give you an obvious head-to-toe visual inspection, apparently checking to see if you are armed or whether your guilt about some recent criminal wrongdoing will cause you to begin sprinting away in mad panic.  If you continue on your path, smiling pleasantly and up to no apparent mischief, you are likely to receive “the nod” — a barely discernible head movement signalling that you have passed muster.  And then, after you have passed by, you breathe a sigh of relief.

It’s amazing how uniform and widespread “the nod” is.  I’ve received it in every corner of the country and from every imaginable person charged with maintaining order.  It’s pervasiveness reminds me of the anecdote at the beginning of The Right Stuff, where Tom Wolfe observes that every airline pilot curiously seems to speak with the same chuckling West Virginia drawl, mimicking the patois of Chuck Yeager, the pilot who broke the sound barrier.  Somewhere, I wonder, was there a trend-setting police officer who first decided that the best approach to interaction with the law-abiding members of the general public was a slight yet unmistakably judgmental nod of acknowledgement that has since been copied by law enforcement personnel throughout the land?

It didn’t always used to be this way, I think.  In days gone by, when cops walked regular beats and got to know the residents along the way, conversations and other more normal forms of human interaction were routine.  But now our encounters with police officers tends to be much less frequent and much more impersonal — how often do you meet a patrolman on the street, as opposed to seeing one zooming by in a cruiser? — and police officers and citizenry both seem to be constantly on guard.  And, with the shootings of police officers that we have seen, I can’t really blame law enforcement officers for being focused more on scrutinizing everyone they encounter as an act of self-preservation.

Hence, “the nod.”  I understand it, but I think the old ways are better.

The Supreme Court issued an important ruling yesterday.  In a 9-0 decision, the Court ruled that police must obtain a warrant before they search the cellphones of people they have arrested.  The ruling won’t directly affect most of us — unless you’re planning on being arrested in the near future, that is — but it represents a significant recognition of the central role of cellphones in our lives and an important bit of line-drawing in the ongoing battle between personal privacy and law enforcement. 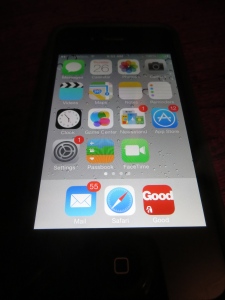 In the ruling, Chief Justice John Roberts addressed both the pervasiveness of cellphones in modern America and the sweeping extent of information that people store on them.  From photos and video to address books, emails to calendars, financial information to maps, and other records of where we have been and who we have communicated with, cellphones are a handheld repository of huge amounts of very personal information about our private lives.  The Chief Justice thus reasoned that allowing warrantless searches of cellphones would be akin to the hated “general warrants” executed by the British authorities during colonial times that allowed them to rummage freely through homes in an effort to find some evidence of some kind of otherwise uncharged criminal activity — which is what drove the creation of the warrant clause of the Bill of Rights in the first place.

The Court also rejected arguments that a search of cellphones is needed to protect police officers or prevent the destruction of evidence.  When an arrest is made police can examine the cellphone to ensure that it can’t be used as a weapon and secure it, and if there is concern that evidence on the phone might be destroyed the officer can turn off the phone, or remove the battery, or place it in a foil bag to prevent any exchange of signals.  But before the police can access the cellphone and begin reviewing recent emails, the logs of recent calls, and other information, they must make the probable cause showing required by the Fourth Amendment and convince a judge to issue a warrant.

Two other points about the opinion seem worth emphasizing.  First, it was a unanimous decision.  For all of the fretting about political fracturing and the liberal and conservative wings of the Court, all of the Justices were able to agree on how to resolve a very central issue of how the Constitution works in modern life.  There’s nothing wrong with members of the Supreme Court disagreeing about legal issues — that’s why there are nine of them and the majority wins — but it’s nice to see the different perspectives coalesce around a simple, common approach to protecting individual liberty and privacy rights.

Second, many people have criticized jurists who return to the intent of the Framers of the Constitution and seek the meaning of its provisions in the historical context in which they were adopted, arguing that the Constitution should be a living document with meaning that changes in response to the realities of modern life.  Others contend that such an approach strips America’s core founding document of any objective significance and leaves it to mean whatever five Justices of the Supreme Court say it means.

The Court’s cellphone opinion, with its reference to the history of general warrants, shows how it is possible to draw upon historical context to identify the basic motivating principles underlying the Constitution and then apply those principles to the modern world.  Those observers who poke fun at purportedly hidebound efforts to discern “original intent” likely are happy with the opinion yesterday, but not about how the Court got to that result.