Yesterday we went out to the Texas “hill country,” the home territory of President Lyndon Johnson.  We visited the LBJ Ranch and the western White House, where John twisted arms under live oak trees and has a phone in every room.

In Johnson’s childhood, the hill country was a place of great poverty, and one of his first legislative accomplishments was bringing electricity to the region.  Now the beautiful area is home to wineries, ranches, and bed and breakfasts.  A few traces of the region’s hardscrabble roots still remain, however. 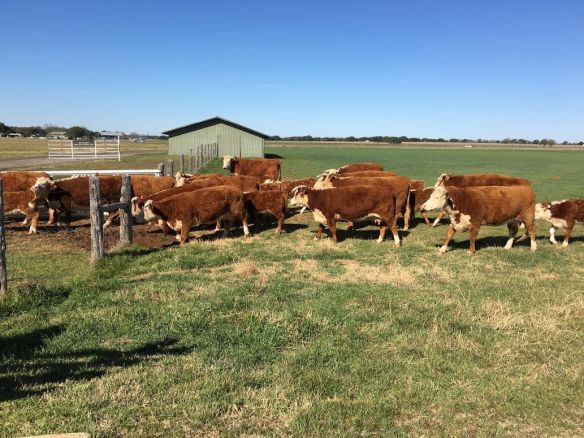 Kish is down in San Antonio to visit Richard.  Today they visited the nearby LBJ Ranch as well as Lyndon Johnson’s boyhood home.  While at the ranch Kish snapped this picture — proving that Johnson was definitely not all hat and no cattle.

It’s interesting to reflect on people like Johnson.  He was a legendary Senate Majority Leader, was thrust into the presidency when John F. Kennedy was assassinated, ushered in the “Great Society” programs, and then was knocked out of the White House by the Vietnam War, riots in the cities, student protests, and general unrest in the country.  Now LBJ is largely an overlooked historical figure, overshadowed by JFK and Camelot as his predecessor and Richard Nixon and Watergate as his successor.

As Napoleon Bonaparte supposedly said, “Glory is fleeting, but obscurity is forever.”