Here’s a telling indicator of just how bad Illinois’ financial situation is:  the Powerball and Mega Millions lotteries have kicked Illinois out of the games because the state legislature has been unable to agree on a balanced budget.

You read that right.  The Land of Lincoln is such a financial basket case that even the big lotteries won’t have anything to do with the state.  Apparently the lotteries have been talking about pulling the plug on Illinois for years, and they’ve finally decided to do it.

It’s a significant step on the lotteries’ part, because Illinois reported $99.4 million in Mega Millions sales and $208 million in Powerball sales within the 2016 budget year.  And the loss of the lotteries will be an issue for Illinois from a budget standpoint, too, because 40 percent of the sales revenue goes to fund public schools — and how is the cash-strapped state going to make up the difference?

A spokesman for the Multi-State Lottery Association, which runs the games, said the group “is focused on protecting the integrity of its games and the experience of its players.”

What does that mean, exactly?  It’s kind of weird for the lotteries, which make their money solely by selling tickets to credulous rubes who don’t know or don’t care that the odds of winning are astronomical, to be talking about the “integrity” of their games.  Are they saying they’re afraid that Illinois, in its desperate search for cash, might try to tinker with the games to jury-rig the results, or seize the proceeds if the winner happens to live in Illinois, or decline to hand over the sales revenues?

It’s not entirely clear, but we do know this:  You know you’re really in deep doo-doo when gamblers think you’re too tainted to deal with.   Even the gamblers aren’t willing to gamble on dealing with Illinois.

Today the Powerball lottery jackpot hit $700 million.  That’s the highest jackpot ever, and it will go even higher before the next drawing on Saturday evening.

I don’t play the lottery, unless I see a news story that a lottery jackpot has soared beyond the half a billion dollar mark.  When that happens, as it did today, I actually entertain the notion of paying for a lottery ticket.  I figure that the odds against winning any multi-state lottery are astronomical in the normal course, so why not wait until the promised payout is equally astronomical to even things out a bit and make it worth my while?

But, what’s the best strategy for picking the numbers?  Because I normally avoid the lottery like the plague, I don’t have a set of lucky numbers that I play each time like the regulars do.  So I’ve come up with a different strategy — to try to replicate the surrounding conditions that inevitably seem to apply to prior lottery winners, based on the news stories I’ve seen.  A careful analysis suggests that, if the following conditions apply to your purchase, you’re much more likely to win:

Are there any others? 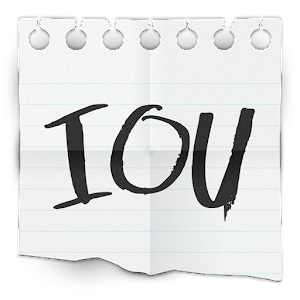 Today I think I bought the first lottery ticket I’ve every purchased — and it was pretty obvious to the guy I bought it from.

Normally I pay no attention to lotteries.  Ohio has had one for years, but I’ve never played it because it seems like a sucker’s bet.  I didn’t play even when Ohio joined the “Powerball” lottery some years ago and the pots got bigger.  When the jackpot gets north of half a billion dollars, however, I’ve got to dip my toe into the legalized gambling waters.  Why not?  Even though the odds are astronomical, the payoff is, too.  What’s a few bucks when you could conceivably win enough money to set your family up for generations?  I’m with UJ on this one.

I was in Cleveland today, and on my way back I stopped at a gas station along I-71 to buy a ticket.  I figured that this helped my chances, because the winners of these big lotteries always seem to buy the winning tickets in a small town.  Unfortunately, when I got up to the counter I didn’t have the slightest idea how to buy a ticket.  I didn’t know the name of the lottery, I didn’t know how many numbers you had to pick, and I didn’t know what it meant when the guy asked me if I wanted the “megaplier.”  So, I just asked him to pick the numbers randomly.  For all I know, he pocketed the cash and gave me some tickets from last week.  I wouldn’t know the difference.

Occasionally you will see a story that just makes you shake your head in dismay about what it says about the human condition.

For me, at least, so it is with a story about a guy in Michigan who won $2 million in the state lottery TV show called “Make Me Rich,” but nevertheless remains eligible for food stamps — and continues to use his food stamp card to buy his food.  The man in question, Leroy Fick, says he doesn’t feel bad about still using taxpayer money to buy his food.  Fick’s $2 million lottery winnings don’t disqualify him from a program that is supposed to help the poor because, under current law, food stamp eligibility is based on gross income and lottery winnings are considered liquid assets.  As a result, a guy who has more money in the bank than the vast majority of taxpayers is happy to have those taxpayers pay for his groceries.  What a greedy jerk!

I recognize that this is an extreme case, and obviously the “liquid assets” loophole needs to be fixed.  But what it really sad about this story is that a guy who has had a stroke of incredible good fortune has absolutely no regrets about taking advantage of that loophole, and thereby taking advantage of his fellow citizens.  Why doesn’t “Lucky Leroy” Fick have a conscience that causes him to realize that using his food stamp card under these circumstances is just wrong?