The United States Congress has been working hard on our behalf.  Both the Senate and the House, for example, have now voted to ban the word “lunatic” from federal statutory law. 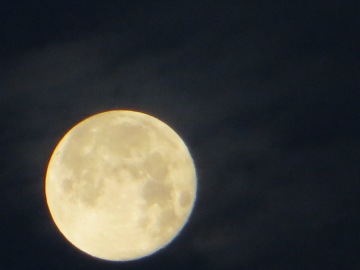 The stated reason for Congress’ action is that the word “lunatic” is “pejorative.”  The sponsor of the bill effecting the ban says “[f]ederal law should reflect the 21st Century understanding of mental illness and disease.”  Huh?  Sure, “lunatic” obviously traces its roots to the notion that the moon affected mental health, but so what?  “Lunatic” is a perfectly good word that has a well established, commonly accepted definition as synonymous with “insane.”  Are we really going to go through the U.S. Code and strike every word that is rooted in antiquated thoughts, concepts, or science, even if the word has acquired its own established meaning that is perfectly well-suited to the matter at hand and most people don’t have the slightest idea of its unfortunate history?

In the U.S. House of Representatives, only one person — Texas Congressman Louie Gohmert — voted against the legislation to strike “lunatic” from the statute books.  He argues that Congress is wasting time with such measures, when it should be focused on issues like the fiscal cliff, the budget deficit, and the economy, among other things.  I’m with him.  How many times is “lunatic” even used in the U.S. Code?  Is dealing with that issue really important enough to command the attention of our legislators under the circumstances?

Of course, every other member of Congress voted for the measure because it’s just easier to do so and thereby avoid getting ripped for your lack of sensitivity and political correctness.  I suppose you could argue that it was an act of lunacy for Congressman Gohmert to take a stand on the issue.