At one time in American history Detroit was a leader in commerce, capitalism, and civic development.  As the home of the American auto industry, Detroit experienced the boom.  More recently, Detroit has experienced the bust.  Now the question is whether Detroit will become a leader in a different way — by showing how local governments can use the federal bankruptcy laws to try to free themselves from the product of decades of financial mismanagement and shortsightedness. 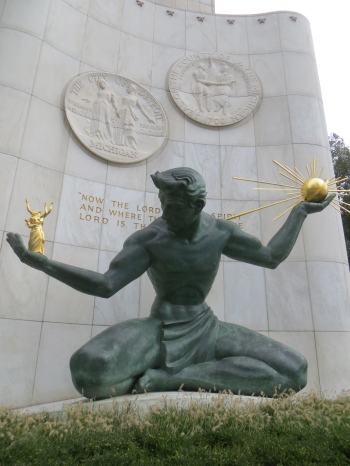 Yesterday, federal bankruptcy judge Steven Rhodes ruled that Detroit’s pension obligations are not immune from scrutiny in a federal bankruptcy proceeding, notwithstanding a Michigan constitutional provision that specifically protects public employee pensions.  In effect, the judge said, contractual obligations that require cities to pay public pensions are like any other contracts and thus may be modified and restructured by a bankruptcy judge after all sides present evidence and argument.  It is the first clear ruling on this issue — one that is of enormous interest to other local and state governments that are dealing with the fiscal consequences of overly generous public employee benefit and pension arrangements that were reached when times were flush but that now threaten to crush the governments’ ability to provide basic services to citizens.

The bankruptcy judge’s ruling will be appealed, and the judge also has promised to be careful and thoughtful before changing any monthly pension payments.  Neither of those circumstances may provide much comfort to former Detroit employees who have retired in reliance on their monthly pension payment from the city and who now must wonder how they personally will be affected.  At the same time, Detroit’s financial challenges are so staggering that city administrators have few options.  The bankruptcy process will work for Detroit only if the city emerges from the bankruptcy with a balanced budget and financial obligations that it can realistically carry given its current, shrunken state — and employee and retiree benefit programs have to be considered as part of that process.

When we visited Detroit earlier this year we stopped to look at a famous downtown statue called the Spirit of Detroit, of a seated man holding the sun in one hand and a family in the other, with a quote from the Bible about liberty behind him.  Viewed in the context of Detroit’s current, crippling financial problems, the figure looks like he is trying to decide which way to turn.  A bankruptcy judge will now help him make that decision.

Detroit is a mess — financially, socially, and otherwise.  It has filed for bankruptcy in what is the biggest municipal bankruptcy in history.

Detroit owes billions of dollars.  Its listing of creditors in its bankruptcy case is more 3,500 pages long.  Among other debts, it has huge, unfunded pension obligations to active and retired public workers.  In its bankruptcy Detroit will attempt to obtain significant cuts in those obligations.  Today, in an effort to forestall such cuts, Detroit’s two public employee pension funds are expected to file objections to the bankruptcy, arguing that the bankruptcy proceedings and the attempts to cut pension obligations violate the Michigan Constitution.  The city’s condition is so dire that it has hired Christie’s, the auction house, to value the city-owned items in the Detroit Institute of Art and advise the city on how it could “realize value” from those items.

Much of the focus has been on how Detroit got to its current state.  There is value in that process, because understanding the bad decisions and mismanagement — as well as the failure to recognize the impact of broad economic trends such as the departure of manufacturing jobs — may help other cities to avoid Detroit’s fate.  But it is equally important to think carefully about what happens now, and how America should handle the Detroits of the future.

At present, there doesn’t seem to be any appetite in Congress or in the Obama Administration for using federal money to bail out Detroit.  That’s a relief.  The prevailing view about Detroit may mean that we have moved beyond the notion of bailing out mismanaged entities, be they private or public.  (Speaking of prevailing views, advocates of governmental thrift will grind their teeth when they read the article linked in this paragraph, in which a spokesman for Detroit laments the city’s prior failure to take advantage of federal funds, which he describes as “free money.”  It wasn’t “free” to taxpayers, but local and state governments have long looked at the federal government as an endless source of money.)

It’s important that we set the right precedent with Detroit — because there will be other municipal bankruptcies, and with the massive unfunded public pension and health care obligations in states like California and Illinois, there could well be state bankruptcies, too.  I think the President and Congress are right to resist calls to bail out Detroit, and should similarly resist the the temptation to assume the obligations of badly managed states.  In the meantime, we can hope that the failure to bail out Detroit will cause mayors and governors of other troubled governmental bodies to get serious about getting their fiscal houses in order.