Kish and I have spent the last few evenings watching the first season of the new HBO series Perry Mason.  The show is a reboot of the classic ’50s TV show that gave viewers the idea that dramatic courtroom confessions were an inevitable part of any criminal trial.

Putting a new spin on Perry Mason is a challenge, because the Perry Mason created by Raymond Burr in those black-and-white broadcast days was an iconic TV character–and the theme music of the show was one of the best theme songs of any TV show, ever.  Clad in sober suits with creases so sharp they could cut your hand and sporting a shave so close it made his craggy face look almost blue, Burr’s Perry Mason was always totally in control, in the office or the courtroom, ready to reduce any adverse witness into a quivering, sniveling mass as Perry, assisted by the faithful Della Street and investigator Paul Drake, delivered another acquittal for his client against seemingly impossible odds.  (And poor Hamilton Burger, the District Attorney who couldn’t win even an open-and-shut case, would add another devastating L in the loss column — yet somehow keep his job and be back, ready to lose again, next week.) 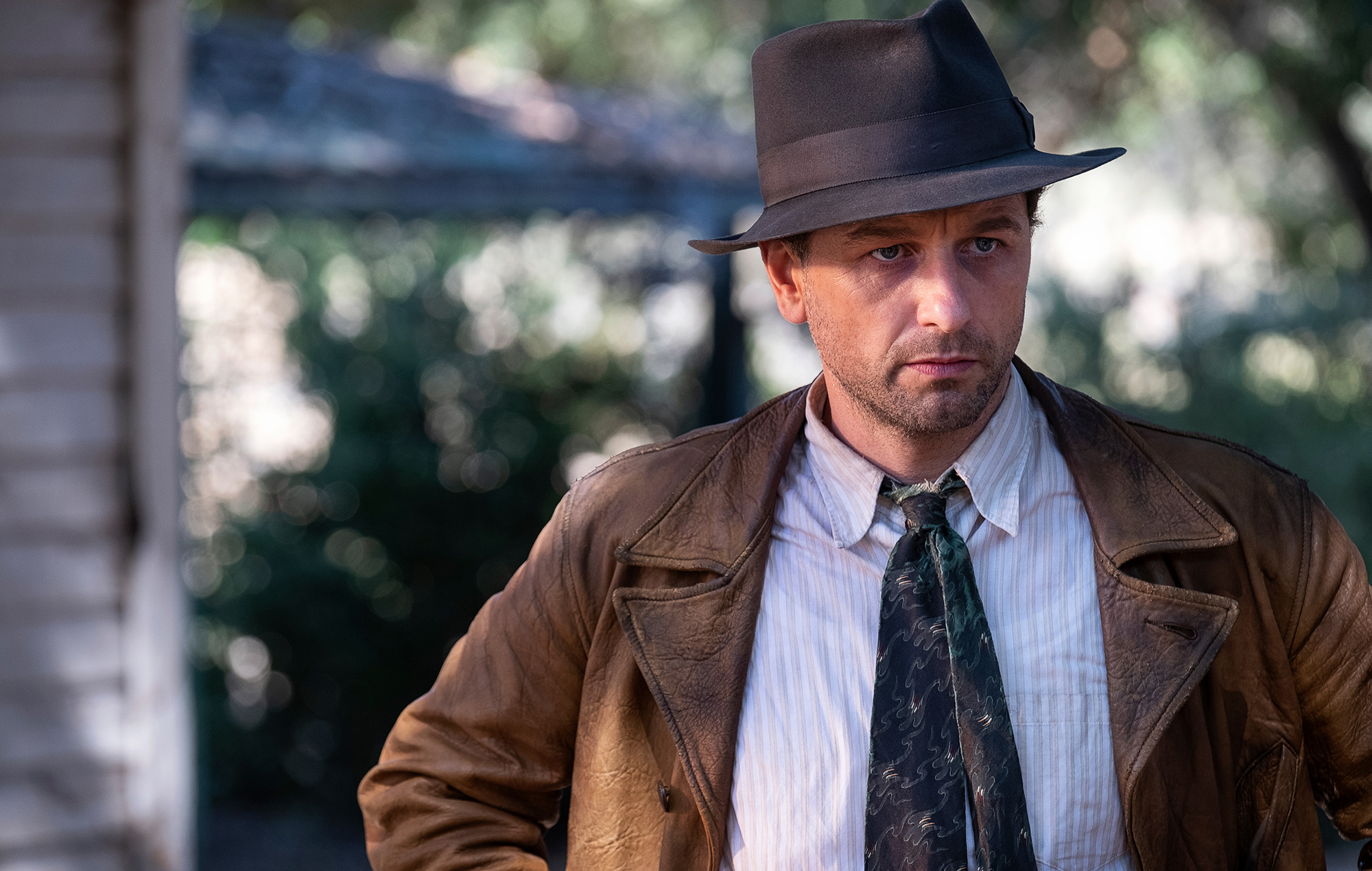 The new HBO show puts Perry in a different place and headed in different direction.  When we first meet Perry, during the depths of the Great Depression in 1931, he’s not in control of anything, and he’s not a lawyer:  he’s a private eye working for an old-line L.A. lawyer.  His life is a wreck, he’s separated from his wife and his son, he drinks too much, he’s still wrestling with the demons caused by his horrifying experience in the trenches in World War I, and his personal ethics are lax, at best.  Even more shocking for those of us familiar with the Raymond Burr character, he’s regularly unshaven.  But with the help of the lawyer’s savvy associate, Della Street, Perry ends up where he must inevitably be:  in the courtroom, representing a woman wrongly accused of killing her own child.  Paul Drake plays a pivotal role in helping to see that justice is done, and along the way we get our first look at Hamilton Burger — who actually helps Perry pass the bar and advises him on trial tactics.

Matthew Rhys is a decidedly more rumpled, and more human, Perry Mason who is easy to root for, and Chris Chalk burns with inner intensity as Paul Drake, who has to make his own difficult moral choices and deal with everyday racism as an African-American police officer who gets treated like a second-class citizen.  But the beating heart of the show is Juliet Rylance, who is terrific as the formidable Della Street, the brainy, hard-working character who puts Perry on the right path and doesn’t mind breaching a few ethical boundaries in doing so, either.  And don’t miss John Lithgow, who is wonderful as E.B. Jonathan, the likeable but puffed-up old-school lawyer whose office brings Perry and Della together.

Normally I am not a fan of courtroom shows; as a lawyer, they are typically so unrealistic that I can’t get past the outlandish plots and absurd courtroom antics.  But this show keeps that to a minimum, and the fact that the series is set in the early ’30s, when the practice of law was definitely different than it is now, helps in that regard.  We liked the new Perry Mason quite a bit and were glad to hear that it was renewed for a second season.  When Perry, Della and Paul return for their next big case — and may, perhaps, be matched up against poor Hamilton Burger — we’ll be watching.