It’s been six months since the last presidential election, which means it’s time for those tell-all books about the campaign to start coming out.  The first one that I’ve read about is called Shattered:  Inside Hillary Clinton’s Doomed Campaign. 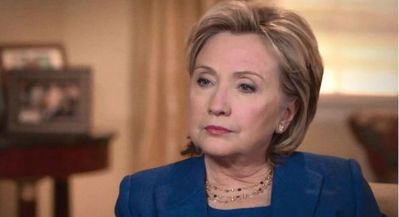 As if often the case, the publishers of the books try to gin up interest by releasing supposedly tantalizing details about incidents that occurred during the campaign.  In the case of Shattered, the incidents involve a phone call in which Hillary and Bill Clinton both unloaded on the campaign staff, and the prep sessions for one of the debates with Bernie Sanders in which Hillary Clinton got mad and made one of her preparers stand up and answer questions while she critiqued him.  The underlying message of both incidents was:  Hillary Clinton was angry that she wasn’t doing better and just couldn’t recognize that the problem was due to her personal failures, rather than failures by her staff.

I enjoyed the Theodore White Making of the President books way back when, and Hunter S. Thompson’s Fear and Loathing:  On the Campaign Trail ’72 remains one of my all-time favorite books, but I’ve long since stopped reading the “insider” accounts that now come out after every election.  I haven’t read one in decades because the lack of loyalty inherent in the form of the book makes me sick to my stomach.  Professional staffers provide juicy tidbits as part of an overall information campaign to cover their own butts, make themselves look good, and position themselves to get hired and do it all over again in the next campaign cycle.  The losing candidate always gets torn down, while the wise, far-sighted staff that the candidate was supposedly stubbornly ignoring get elevated.

So, Hillary Clinton was frustrated that she wasn’t doing better, and from time to time lashed out at her staff when voting results or polling weren’t favorable?  Gee . . . is anybody really surprised that a person who is seeking the presidency — and who saw her election as an historic opportunity to shatter a very visible “glass ceiling” for American women — from time to time had that reaction?  When you’re on the griddle for months, 24/7, as presidential candidates are, of course there are going to be times when fatigue and frustration leave you not at your finest, and when the results aren’t going as you hoped, the effects of that fatigue and frustration will inevitably be compounded.

So Hillary Clinton lost her temper, and she and Bill Clinton administered an occasional tongue-lashing.  So what?  She lost.  Can’t we just let it be, without having rat-like staffers heaping scorn on the losing candidate with anecdotes carefully pitched to make themselves look good?  If I were a potential presidential candidate, I would never hire somebody whom I suspected was the source of leaks in one of these tell-alls.  Loyalty is an important quality when you are working for a politician, and people who leak stories to promote themselves are finks who simply can’t be trusted.