You may remember reading one of Aesop’s fables when you were a kid.  Aesop was the ancient Greek — believed to have been a slave on the island of Samos — who lived around 600 B.C. and wrote short tales, often involving sentient animals, that always imparted a simple, direct moral lesson. 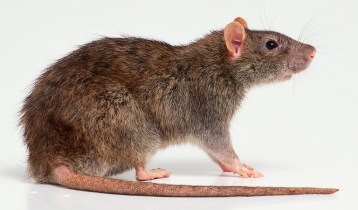 Some of Aesop’s best-known efforts include the Fable of the Grasshopper and the Ant, in which the industrious ant works hard and saves for the winter while the shiftless grasshopper messes around and ends up starving (moral: look ahead and be prepared, or pay the consequences), or the Fable of Belling the Cat, where mice have a meeting to discuss how to protect themselves against a predatory cat, decide someone should put a bell on the cat so that the mice will know when the cat is approaching, and then realize that no mouse would be capable of attaching the bell (moral:  it’s easy to propose impossible solutions and harder to come up with remedies that actually can be accomplished).

I thought of old Aesop when I read this news story about a rat that somehow got into an ATM machine in India.  The rat crawled into the machine in the northern Indian town of Tinsukia, wasn’t detected by security cameras, gorged itself on $18,000 worth of Indian rupees — and then died.  It’s not clear whether the rat was killed by the ink and chemicals on the banknotes it chewed, or whether it became so bloated that it was unable to get out of the ATM after its feast.  In any case, the dead rat was discovered only after the ATM stopped working and technicians were sent to investigate.

Now, there’s a tale fit for Aesop!  But since he’s not around any more, we’ll have to come up with our own moral for this story of the money-loving rat.  How about:  “Gluttony is its own punishment”?  Or:  “A taste for money should only be indulged in moderation”?  Or:  “A rat with money is still just a rat”?