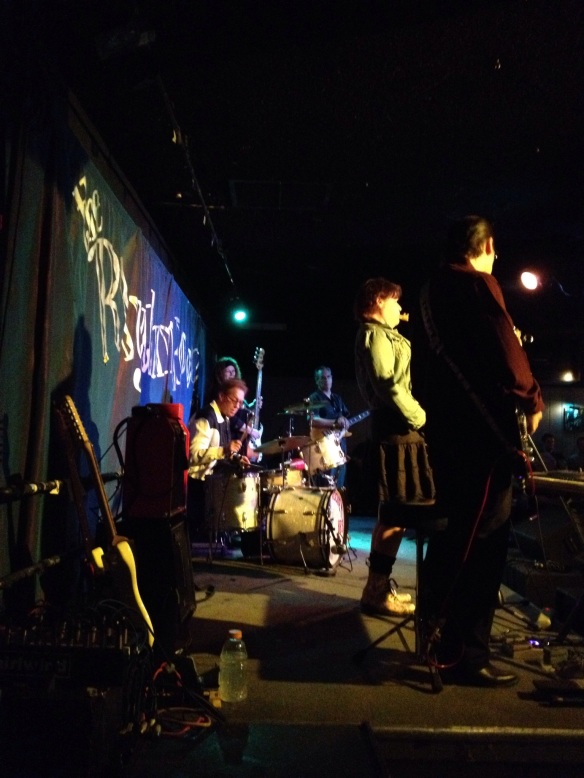 Last night it was back to Phoenix’s Rhythm Room to try catch some of its more traditional blues offerings — and we struck gold, because the Rocket 88s were playing.

Of course, any true R&B fan know that Rocket 88, recorded in 1951 by Jackie Brenton and his Delta Cats, is considered by many experts to be the first rock and roll record. Last night the Rocket 88s were true to their illustrious name, playing a kick-ass mixture of early rock and roll and R&B that got many people (myself included) out on the dance floor and boogeying. We knew they were going to be great from the first notes, but they really blew the doors off.

Why would a Columbus, Ohio guy write about a Phoenix band that he’ll (unfortunately) probably never get to see again? Because local music is important and should be supported, whether the locality is Columbus or Phoenix or New Orleans. And if a hard-working band gives you a great evening they deserve a shout-out even if no one reads it. The Rocket 88s were really good and earned the kudos. I bought one of their CDs, too. 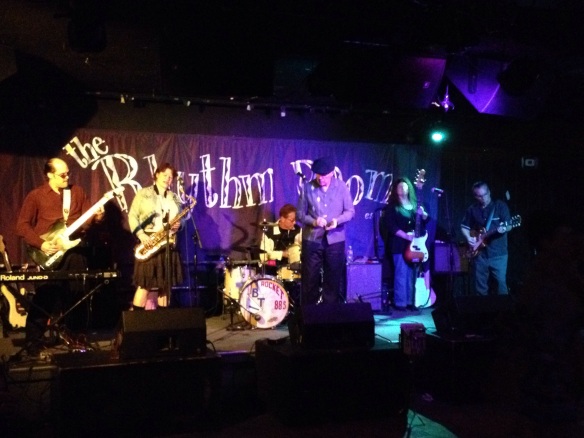 I like soul and R&B music very much. It was music that was played on all of the popular radio stations when I was growing up — when radio stations, generally, tended to play a much broader spectrum of music. You might hear a Beatles’ song followed by one by the Temptations followed by In-a-Gadda-da-Vida. These days, radio stations seem to pick one specific kind of music and stick to it, which I think is a lot more boring.

I tend to associate soul and R&B music with summer. I’m not sure why, but muggy nights in the ’60s and early ’70s always seemed to feature lightning bugs and Aretha Franklin, flashlight tag and the Supremes, ice cream and the Four Tops. In high school when you were on a date you always wanted to hear Me and Mrs. Jones, or Gladys Knight and the Pips, or anything by the Spinners. When I listen to those songs now, I am always struck by how romantic they are, full of love and heartbreak, longing and hope, desire and wistful dreams. You can’t help but contrast the generally positive message of those songs with the harsh, hateful misogyny of so much rap music. And the sound! Stunning vocals, lush harmonies, and melodies and a beat that just got you moving and singing along . . . .

Here are the first 20 songs on the soul/R&B playlist on my Ipod:

Me And Mrs. Jones — Billy Paul
Oh Girl — The Chi-Lites
Neither One Of Us (Wants To Be The First To Say Goodbye) — Gladys Knight & The Pips
I Wish It Would Rain — The Temptations
Respect — Aretha Franklin
Back Stabbers — The O’Jays
Let’s Get It On — Marvin Gaye
Let’s Stay Together — Al Green
Bring It On Home To Me — Sam Cooke
You’re Still A Young Man — Tower Of Power
Ain’t No Woman (Like The One I’ve Got) — Four Tops
I Hear A Symphony — Diana Ross & The Supremes
Thank You (Falettinme Be Mice Elf Agin) — Sly & The Family Stone
Colors — Amos Lee
Papa Was A Rollin’ Stone (Single Version) — The Temptations
I’ll Be Around — The Spinners
Respect Yourself — The Staple Singers
Think — Aretha Franklin
This Will Be (An Everlasting Love) — Natalie Cole
What’d I Say – Parts I & II — Ray Charles