Egypt is the latest Middle Eastern country teetering on the brink of chaos.  Each day brings fresh reports of battles between the military and the Muslim Brotherhood and dozens of new deaths on the streets of Cairo.

I can’t fully appreciate the religious, political, and social issues that are playing out in Egypt.  I can understand, however, what a loss it is for the world that Egypt has become a place that is not safe to visit.  It means that many people will never see the Great Pyramid, the Sphinx, or the other relics of the ancient Egyptian civilization along the Nile.

That loss is a terrible tragedy.  The Sphinx, the pyramids, and the temples of the pharaonic era are the greatest surviving sites of our ancient past.  They are not merely historical sites, but a tangible link to the early development of human culture.  Their very existence shows what our forebears were capable of, even if we don’t quite understand how they were built thousands of years ago.  Their immense age, and their equally immense significance, are the reasons why standing in their presence on the Giza plain is such an awesome experience, and why so many people, myself included, have long dreamed of making the journey to Egypt to have that experience some day.

But not now.  Although the pull of the pyramids and the Valley of the Kings is enormous, it is not irresistible — not when a visit puts you at risk of finding yourself in a mob of angry, screaming men or confronting soldiers ready to fire at any moment.  That means, for me at least, that the pyramids and Sphinx are lost for now, and I don’t know when, or even if, they will ever be safe to visit in my lifetime.  That reality makes me very sad.

When I visited England after graduating from college, I went to Stonehenge.  It was a very cool place — evocative, ancient, mystical, and unknown, even with the assistance of modern science.  Like Easter Island, the Sphinx, and other monumental parts of the world of long ago, Stonehenge has carefully kept its secrets. 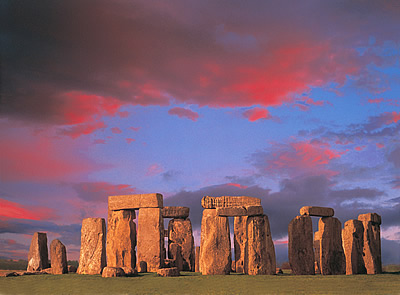 Now scientists are looking more closely at Stonehenge, and are making new discoveries.  The most recent discovery is of another “henge” located near Stonehenge itself, and research teams expect that additional finds will be made as the area around Stonehenge is fully explored and excavated.

Still, the essential mystery of the place remains.  I hope that will always be the case.