Usually the views from my business travel hotel rooms aren’t very inspiring.  In fact, It seems about half the time my hotel room window faces a blank brick wall.
My view from the 22nd floor of the Marriott at the Brooklyn Bridge is a rare and much appreciated exception to the rule.  Looking out on the Empire State Building when you go to bed and wake up ain’t bad — and looking in the other direction you can just see the Statue of Liberty between two skyscrapers. 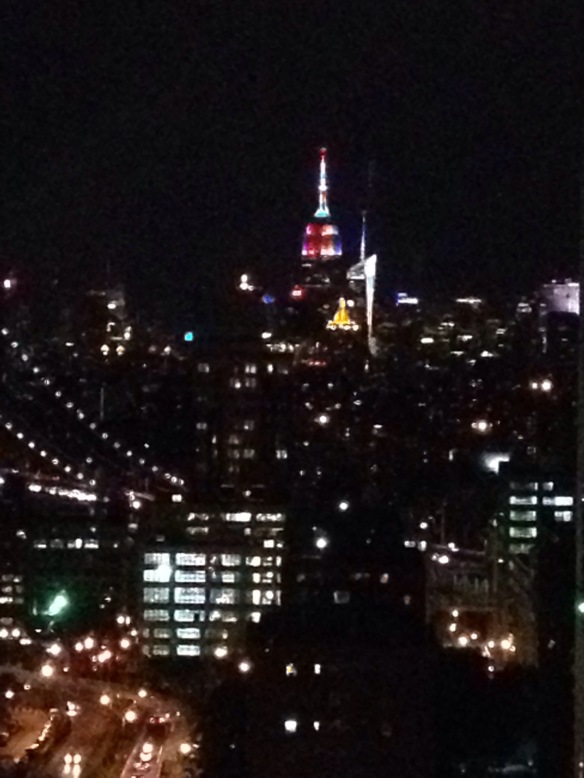 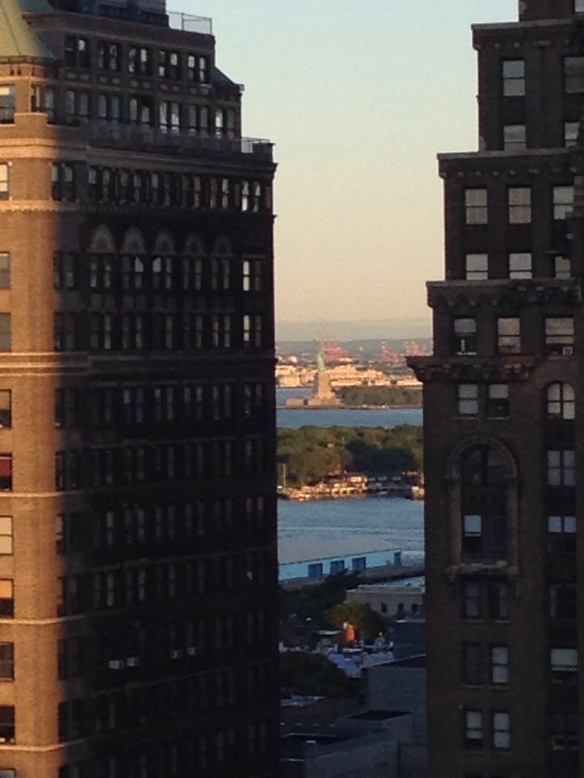 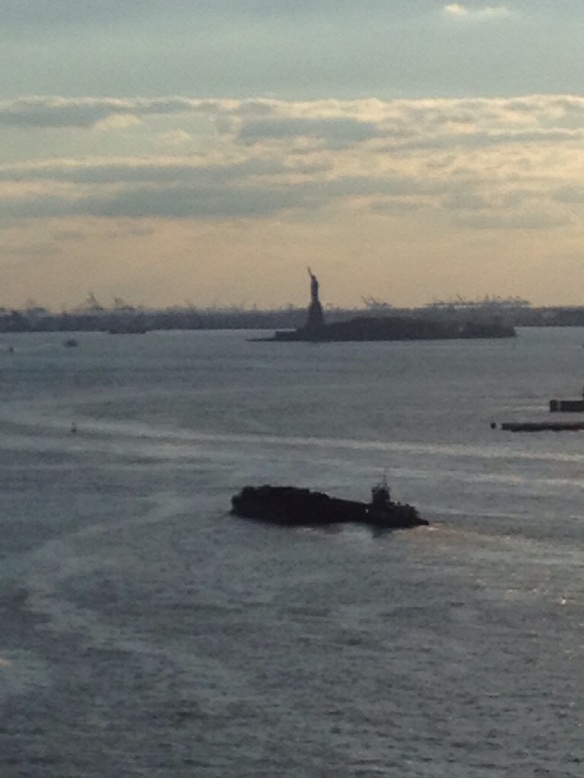 Ghostbusters II was a pretty lame movie, but it’s hard to argue with the film’s choice of the Statue of Liberty as the symbol angry New Yorkers could rally around. It’s such a wonderful, and apt, symbol of America that even a silhouette view is enough to make you feel good about our country and its meaning for the tired, the poor, and the huddled masses yearning to breathe free..

We are in NYC and decided to visit Liberty Island and Ellis Island today.  I’ll post a photo of the Statue of Liberty later, and will have more on Ellis Island tomorrow — but for now I just wanted to put up a photo of the beautiful downtown Manhattan skyline as we pulled away from the Battery pier in the Miss Liberty and headed toward Liberty Island.

It was brisk day and was cold on the deck of the ferry, but I was warmed by the sight of the skyline and by the view of the Freedom Tower, which appears in the right part of the photo, being erected on the grounds of the fallen Twin Towers.  The skyline, with the awful void now being filled, is a wonderful sight.