I admit it:  I laughed out loud at the Doritos ultrasound commercial during the Super Bowl yesterday.  Any guy who’s been to a sonogram appointment would like the set-up, because even the most disheveled slacker would never dream of taking a bag of Doritos to munch on while the doctor is showing you live pictures of the soon-to-be newest member of the family.  The idea that the baby was aware of the Doritos and wanted some is just a funny concept.  And the ending caught me totally by surprise.

I didn’t think about the commercial again until I read some articles this morning showing that the commercial has become the latest focus of the abortion debate.  NARAL Pro-Choice America sent out a tweet saying that the ad was “using #antichoice tactic of humanizing fetuses & sexist tropes of dads as clueless & moms as uptight.”  And the pro-lifers then came out to depict the commercial as a strong pro-life statement.

Really, people?  Pregnancy and childbirth and new babies used to be the source of a lot of great humor.  There was a classic episode of The Dick Van Dyke Show where Rob Petrie is convinced that Baby Petrie wasn’t their child and was switched at birth with Baby Peters — setting up one of the funniest moments in TV sitcom history, shown below.  I’d hate to think that political sensibilities are now going to make that area out of bounds.

There’s been a lot of talk about which Super Bowl commercial was the worst.  The competition was pretty stiff this year.  Was it the Nationwide ad where a little boy turns out to be dead?  Or the creepy one with Jeff Bridges in a couple’s bedroom?  Or one of the many commercials that were supposed to be funny but were complete duds instead?

To me, the worst commercial was the Nissan ad where a race-car driver has a son, is an absentee Dad who ignores and repeatedly disappoints his kid, and then tries to make up for it by giving the kid a new car.  In short, you can cure your crappy performance in the fatherhood department if you just shell out enough for a really neat car!  Hard to believe that even a car manufacturer would think that message would promote car sales.

But this commercial wasn’t bad just because it made me kind of embarrassed to be a Dad, either.  I really hated it because the soundtrack was Harry Chapin’s awful Cat’s In The Cradle song, which has to be one of the worst and most depressing songs ever recorded — and not just because Harry Chapin really couldn’t sing a note.  It’s a trite message about a Dad who works his life away rather than playing ball with his kid.  Because he wasn’t playing catch with his son, his priorities obviously were misplaced.  Who cares if the overworked Dad has to labor those long hours because he’s trying to put food on the table, buy clothes for his family, and send his kids to college.  But those are the kind of real world nuances that the sledgehammer subtlety of Cat’s In The Cradle just couldn’t capture.

These days, Dads usually aren’t cast in a very favorable light, and the Nissan ad is just the latest in a long line of Dad dissings.  I’m tired of it.  The ad agency that came up with that effort should be sentenced to listening to Cat’s In The Cradle for a solid week.

Hey, the Super Bowl is starting in a few minutes!!!

Meh.  As I’ve listened to the pre-game hoopla — which sometimes feel like it officially started before the two teams actually playing in the game were even determined — I realize I don’t give a flying fig about the game, or the two teams.  I don’t care about Deflategate.  I don’t care about Richard Sherman, or the Seattle running back who is trying to be Duane Thomas reincarnated.  I don’t care whether Bill Belichick looks like a grumpy slob in a slouchy sweatshirt hoodie.

Heck, I don’t even care about the commercials, whether there are racy efforts that have been banned, whether the Budweiser Clydesdales or Spuds McKenzie make a reappearance, or whether the ratings set a new record — which is probably the only thing that the NFL really cares about, in any event.

I expect that the most talked-about commercial from the Super Bowl is the Chrysler ad featuring Clint Eastwood.

In the commercial, the gravelly voiced Eastwood says that just as it is halftime in the Super Bowl, it’s halftime in America, too.  Times are tough, he says.  We’re down and out of work, we don’t understand each other, and we’re stumbling in a fog of discord and recrimination.  But you can’t knock out America with just one punch.  We need to come together to figure out how to come from behind because the second half is ready to begin.  Detroit is showing us it can be done, Clint says.

Huh?  America as a whole is supposed to follow Detroit’s lead?  For the record, Detroit is on its knees.  The city is losing money and deeply in debt, and the city government and the state of Michigan are trying to figure out whether the city can avoid being governed by an emergency manager who would have the ability to revise union contracts, restructure government, and sell off city assets like parks.  I’m hoping Detroit can pull through, but let’s not kid ourselves — Detroit is no model and no inspiration.

I recognize that the Chrysler commercial provided an excuse to hear the welling music and to see the by-now-standard shots of courageous firefighters, mothers and children, and families standing strong.  But it cheapens our country and its circumstances to compare America to a football game, and it’s jarring to receive a commercial message about coming together and sacrifice in close proximity to an over-the-top Super Bowl halftime show featuring Madonna.

Can’t commercials just stick to selling products, rather than trying to send us irksome, ankle-deep inspirational messages about our country? 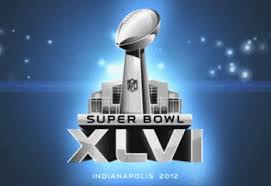 The Super Bowl is on Sunday and I will be watching it with friends. Since the Browns won’t be participating (will they ever) I am hoping it will be an entertaining game.

I typically don’t get to see all of the commercials which are the highlight for a large number of people viewing the game.

If — like the vast majority of viewers — you watch the Super Bowl only to see the commercials, you now have a chance to influence what you really care about.

Doritos is sponsoring a contest that allows us to visit this website and vote for which of five commercials should be aired on Super Bowl Sunday.  They’re all pretty good, but the one that I thought was the funniest is called “Man’s Best Friend” and appears below.  (I admit, I’m a sucker for anti-cat humor.)

We’ve all had enough of politics for a while.  Here’s a chance to vote on something we really care about!

Last night was the first time in years that I have watched the Super Bowl from beginning to end.  I thought the game itself was exciting — although I was sorry that the Colts lost — but the rest of it left me cold.  I like The Who, but they now seem like entertainment for older generations.  I thought they were an odd choice for the 2010 Super Bowl, and I wondered how many viewers had even heard of The Who.  Does the Super Bowl audience have an older demographic?  It would be like Al Jolson performing at Super Bowl I.

The much-hyped commercials, for the most part, seemed like miserable failures.  The Doritos commercials were stunningly unfunny, and the screaming Denny’s chickens were more disturbing than anything else.  And how long are we going to have to watch talking babies?  Virtually every commercial seemed recycled.

Maybe it is a good thing that the football game itself outshone the glitz and commercial trappings.