This week there were gubernatorial elections in New Jersey and Virginia.  Voters went to the polls, cast their ballots, and there were winners and losers.  Right?

Not so fast!  Apparently the number of actual votes received by candidates don’t tell the real story — at least, according to the losing party. 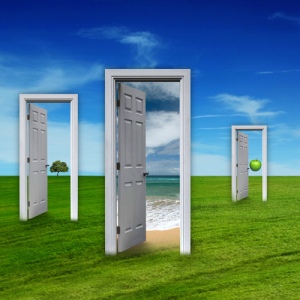 In New Jersey, Republican Chris Christie won a crushing victory in a traditionally Democratic state.  Yes, but, the Democrats say, Christie is not a Tea Party Republican and the vote for him actually should be interpreted as a rebuke to Tea Party extremism.  In Virginia, Democrat Terry McAuliffe took back a governorship that had been in the hands of the GOP.  Yes, but, the Republicans say, his opponent turned an apparent landslide into a close contest in the weeks after the problems with the Affordable Care Act hit the news, and the vote really should be seen as a repudiation of “Obamacare.”  It’s silly, of course, to try to extrapolate the results of state elections, which often turn on state-specific scandals and superstorms, into some kind of national Rorschach test.  Clearly, though, nobody apparently accepts a loss as a loss anymore; every bad election result just provides a platform for spin, excuses, and sketchy rationalizations.

It’s one thing to take that approach with election results, but quite another to apply it to functioning government programs.  Republicans see the troubled Healthcare.gov website as yet another example of catastrophic governmental hubris and ineptitude, Democrats say Republicans should accept some of the blame because they have stoutly opposed the Affordable Care Act at every turn.  The parties have radically different views of the meaning of governmental debt, whether the economy is performing poorly or well, what constitutes poverty or need for governmental assistance, and countless other topics.

How are these people supposed to reach agreement on anything if they don’t seem to even occupy the same frame of reference?  To paraphrase a classic line originally directed at Cliff Clavin on Cheers:  “Republicans and Democrats, what color is the sky in your world?”