Sometime in the last day or so the WordPress stats page advised us that the Webner House blog hit one of those even-number milestones that human beings tend to find worthy of note.  We’ve now passed more than 400,000 individual views of this humble little blog in our remote corner of the internet.

That’s not a big number when you consider Webner House has been chugging along on a pretty much daily basis for more than 7 years, with precisely 6,442 rants, screeds, sad announcements, photos, Penny Chronicles, bad poems, clumsy attempts at humor, and other posts during that time period — 6,443, as soon as I hit “publish” on this self-congratulatory bit of tripe.

400,000 views over a period spanning almost the entire Obama presidency is a paltry number by internet standards.  The Drudge Report and MSN, for example, get 1 billion hits in a single month.  At our current pace, we would reach one billion hits in a little over 18,125 years.  It’s a worthy goal.

When I saw we hit 400,000 views, I searched Google for photos representing 400,000.  There are a lot of pictures of odometers hitting 400,000, and when I thought about it I realized that our family blog is a lot like an old, dependable car.  Vehicles that make it to 400,000 miles aren’t the flashy, expensive cars that men buy when they’re experiencing mid-life crises.  No, vehicles that make it to 400,000 miles are the basic, everyday sources of family or work transportation that have suffered some battle scars during their years of service.  They are the battered pick-up truck, or the dented station wagon with the scratch on the side, or the Honda Accord that still has a faint but familiar sour smell after one of your kids spilled milk in the back seat years ago on a hot summer day and didn’t tell you until you got back into the car and the spoiled smell made you want to gag, but you really liked the reliability of the car so much that you scrubbed the back seat and aired it out and used air freshener and took it to the car wash for a shampoo and couldn’t quite completely eliminate the smell, but decided you were willing to live with it.

This blog is kind of like that car for me.

Today I got a notice from WordPress.com, the website that hosts the Webner House blog, provides the software that allows the easy creation of postings, and keeps an archive of our blog running back to the first posting in February 2009.  The notice said it was time to pay for another year of our family’s little contribution to the internet. 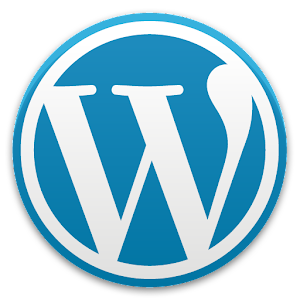 I don’t pretend that the Webner House blog means much in the grand scheme of things.  It’s not setting public opinion or providing essential insight into modern culture.  But it is fun.  I long ago told Richard, who set it up and presented it as a Christmas present in 2008, that the Webner House blog was the best present I’ve ever received.  It allows me to vent and satisfy my nagging writing Jones, it makes me feel like I haven’t totally lost touch with the modern world, and it provides a forum to give an occasional shout-out to people and things that make my life better.  And I like it when I hear from EJ, or am challenged by Winship, Doug, or Marcel.  If you can’t defend your opinions, maybe you shouldn’t have them in the first plact.

As I’ve mentioned before, blogging is great because it allows Joe Everyman to have his say.  It is the First Amendment and Speakers’ Corner writ large, where technology means that anyone with a computer can conceivably reach anyone else with a computer and voice their views.  Their position may be rejected or approved, be treated as enlightened or idiotic, but at least it is made public and, potentially, heard.  And that is a great thing.

All of that for only $20?  Rarely, if ever, will you find more value for the buck.

Today is Internet Slowdown Day.  It’s a form of protest intended to educate people to the concept of net neutrality — the notion that all websites should load with equal speed, and access providers shouldn’t be permitted to sell faster access to the those who can afford to pay top dollar for it and relegate the rest of us to the slow lane.  WordPress, the nifty website that hosts our little blog, is one of the companies that is participating in Internet Slowdown Day.

I think this is an important issue, and not just because I’m a blogger who can’t afford to pay for the internet fast lane and who hates the spinning circle of death, besides.  So, I did something that I’ve never done before:  I wrote an email to my congressman, Representative Pat Tiberi, using his website to do so.  Here’s what I wrote, after the initial introductory paragraph:

I found nothing on your website to address the issue of net neutrality. Therefore, I wanted to write to encourage you to support the concept of net neutrality and oppose any legislation or regulations that would allow internet providers to slow down certain websites or prefer certain internet addresses over others.

The internet is a great thing precisely because it allows ordinary people to voice their views and, in some small way, influence public debate and the direction of national policy. The internet therefore is a bastion of democracy and fairness in a world in which the media has become increasingly consolidated and corporatized.  I think bloggers (and, in the interests of full and fair disclosure, I should note that I am one of them) make an important contribution to American culture precisely because they are independent voices. Whatever we might think about the political or social views that bloggers express, we need more independent voices, not fewer.

The blogging culture in America has thrived because bloggers’ views can be delivered to readers, or to anyone who taps in the right Google search, on a level playing field with the titanic companies that otherwise dominate American media. If the principle of net neutrality is not preserved, that will no longer be true. People who might otherwise read a blog to access a different point of view will encounter the dreaded spinning circle that says that no connection yet exists, become frustrated, and move on to some larger website that can afford to pay for faster access without waiting to see what the humble bloggers have to say. In our impatient, hurry-up world, where we’ve come to expect and demand instantaneous internet access, such a result means that the independent voices will effectively be stilled, and the consolidation and corporatization of the media will become even more pronounced. Let’s not let that happen!

Congressman Tiberi, I know that there are many issues before Congress, but I think this is one of special importance where the decisions being made could have significant ramifications for the future of our country and our culture of free speech and open communications. I hope I can count on your support for net neutrality and your opposition to any initiative that would quash the voices of the little guys.

If you also think that the notion of net neutrality is an important one, please write your representative or Senators and let them know of your views.  Let’s try to keep the internet a public forum in which all can participate equally.

If you’re thinking of starting a blog, I recommend WordPress.  It’s inexpensive, it’s easy to use — even for a non-computer type like me — and it gives you interesting information about your blog and its readers.

Recently, for example, WordPress started providing statistics on the locations of our readers.  Today I learned that we had a hit from Burkina Faso.  How cool is that?  The fact that someone from a faraway country read something on our humble family blog — although I don’t know what — shows how the internet and social media are changing the world, bringing people closer together, and allowing them to communicate in new and useful ways.

Intrigued, I decided to do some reading on Burkina Faso.  It is a landlocked west African nation that borders on Ghana, Mali, and the Ivory Coast.  A former French colony, it achieved independence in 1960 and has been governed for more than 20 years by a president who came to power in a military coup and has won every election since.  Its capital is Ouagadougou (pronounced woggadoogoo).  French remains the official language.  The majority of the people in the country are Muslim.  It is a poor country, with an economy based on cotton and gold exports.  Its national anthem was written by a former president, who also happened to be an avid guitar player.

Welcome to our reader in Burkina Faso — and thanks for your interest.  It’s given me a reason to learn a little bit about your country.