We drove back to Columbus from Maine yesterday.  It’s about a 15-hour drive, down through Maine — which, like Florida, seems to go on forever after you cross the border and get all excited about finally being there — New Hampshire, Massachusetts, New York, Pennsylvania, and finally into Ohio.  We hit some bad Thanksgiving weekend traffic in Massachusetts, and a little rain in western New York and northern Pennsylvania, but other than that it was clear sailing and a long day. 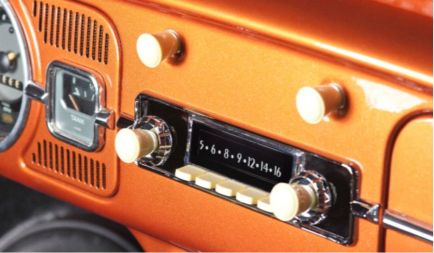 I like long-distance driving and always have.  Part of the reason for that is I just like listening to the radio.  Imagine what long drives would be like if you were just driving in silence for hours!  But the radio is a good companion, a conversation-starter, and a reason to unlimber those vocal chords and sing “Here Comes The Sun” when some unfamiliar celebrity selects it as one of their Beatles favorites.

Radio is old technology by modern standards — popular radio is approaching its 100th birthday — and consequently we take radio for granted, but what would highway travel be without it?