Tomorrow night is the Oscars.  I won’t be watching, but I know one thing:  they’ll screw up the selection of best picture because . . .  well, because they always screw it up!  Year after year, movies that appeal to the general population — movies that move us, inspire us, challenge us, and make us feel good as we’re walking out of the theater — get passed over for some hoity-toity, highbrow “serious” movie.  It’s ridiculous. 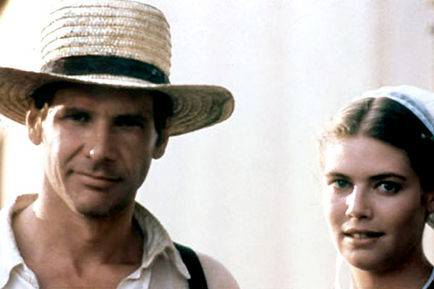 The movie that encapsulates this phenomenon, for me, was Out of Africa.  It was a slow, dreary, unwatchable piece of crap.  It was a “chick flick” of sorts, but one so ponderous that even women who want to revel in the arched eyebrow/heavy sigh/”the intense drama of real human relationships” school of cinema would find it an absolute snoozefest.  Yet somehow this leaden dud won the Best Picture Oscar, beating out the likes of Witness — a great and touching movie about an injured cop who finds sanctuary among the Amish in Pennsylvania.  As yourself now:  if you turned on the TV and had this choice, which movie would you rather watch:  Out of Africa, or Witness?  Does anyone seriously doubt that everybody except members of the Meryl Streep Fan Club would choose Witness?  For that matter, would any network even broadcast Out of Africa?  It’s probably the least requested Netflix movie in history.

The Washington Post has done a commendable public service by going back through the last 40 years of Best Picture Oscar blunders and telling us the real best picture of the year.  I disagree with some of their choices — I still say Star Wars and E.T. were obvious choices for Best Picture Oscars — but it’s a useful exercise nevertheless.  With rare exception, the Academy of Motion Picture Arts and Sciences always gets it wrong.  The people who don’t win the Best Picture Oscar tomorrow night probably should be happy.