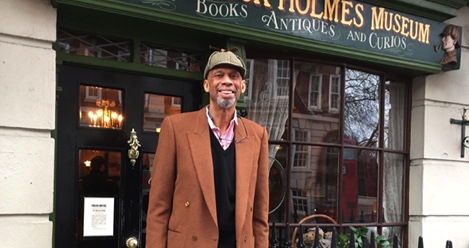 When Russell went off to Camp Seagull in the Carolinas as a young lad, Kish and I waited with trepidation for his first letter home.

Most camps in those days didn’t let kids call home for a few weeks.  Campers could write letters, but not call — the reasoning being that hearing Mom’s voice might just produce even great bouts of homesickness.  So we waited, and when Russell’s letter arrived we tore it open and read it eagerly.  We realized that he would be OK when we got to the part where he said he thought he would really like his cabin mates because “they all thought farts were funny, too.”

It turns out that Russell and his Camp Seagull buddies had a lot in common with the ancient Sumerians, Shakespeare, and Jonathan Swift.

A recent article tackles the important and surprisingly under-researched topic of flatulence humor in literature.  It reports that the earliest known fart joke in history is also the oldest known joke, period — which tells you something about the significance of flatulence humor in human civilization — came from the Sumerians circa 1900 B.C.  It is: “Something which has never occurred since time immemorial; a young woman did not fart in her husband’s lap.”  Admittedly, it doesn’t really seem very funny these days, but let’s give the ancient Sumerians a break — since it was the very first known joke in history, we can’t reasonably expect Seinfeld levels of humor, and besides, we’re probably missing some important sound effects that accompanied the gibe and dramatically increased the humor quotient.

Of course, fart references were found in Chaucer and Shakespeare — where your British Literature professors might dismissively refer to them as “bawdy humor” — and in Mark Twain’s writing, too.   Jonathan Swift, who wrote Gulliver’s Travels, seems to have been weirdly obsessed with breaking wind.  Writing under a pseudonym, he penned an entire book on the subject called The Benefit of Farting Explained that articulated, in painstaking detail, Swift’s views on the different categories of farts.

So if you read or heard about the recent report about the unfortunate woman who passed gas during surgery in a Tokyo hospital, igniting a laser being used during the procedure, and thought it was funny even though the woman was burned as a result, you’re not alone.  Humans have been chuckling about farts since the dawn of recorded history — and probably for as long as humans have been around at all.

Recently Richard got me Stephen King’s Doctor Sleep as a present.  It’s the sequel to The Shining, which I had never read.  I’d seen the Stanley Kubrick/Jack Nicholson movie, but had heard the book is different (and it definitely is) so I decided to read the book first.

The Shining was an enjoyable, page-turning airplane read that I finished on the return leg of our recent trip to Phoenix, and I was looking forward to starting the sequel that seemingly just came out.  As we were walking through the airport on our way to our car, however, we passed the bookstore and I noticed that Stephen King had another new book out, called Revival.  My God, I thought:  how many books has Stephen King written?

The answer is . . . a lot.  According to King’s website, if you just count novels, there are more than 50.  50!  Indeed, in between Doctor Sleep and Revival there was at least one other book, Mr. Mercedes — and perhaps two, because I can’t tell whether Doctor Sleep was published before or after Joyland.  And that is just novels; there are countless essays, short stories, and other pieces in a listing of written works that seems impossibly long.

By anyone’s definition, Stephen King has been astonishingly prolific.  Those of us who aren’t creative can only marvel at where he could come up with so many ideas for books — but what really impresses me is King’s obvious dedication to his work and his craft.  You can only publish that many books, short stories, and writings if you are willing to sit down at your writing desk, day after day, and work.  And Stephen King is still doing it, at age 67.

Critics will probably never look upon Stephen King with the same affection they have for, say, Jonathan Franzen or David Foster Wallace.  I don’t pretend to know precisely what separates fiction from “fine literature,” but I do know this:  Stephen King has stayed atop the bestseller lists for decades now, producing book after book that people want to read, and he has done it by working hard, grinding away at new stories when he presumably could kick back, live off his royalties and speaking fees, and become a man of leisure.

If you want a living testament to the merits of a strong work ethic, consider Stephen King.  We should all be able to find some inspiration in his example.