While the rest of us are working, the “futurists” and consultants among us are out there making predictions about what the world will look like one day.  Most of these predictions are dead wrong — I haven’t seen any flying cars around, have you? — but they are entertaining nonetheless. 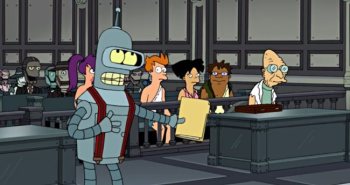 One consultant firm has issued a dire prediction about the future of lawyers.  It says that by the year 2030, robots and artificial intelligence will dominate the legal market, likely causing a “structural collapse” of law firms.  For young lawyers looking to break into the profession, the consultants forecast, the outlook will be especially bleak, because the robots will be untiring, uncomplaining, bill-4,000-hours-a-year competitors:  “Eventually each bot would be able to do the work of a dozen low-level associates. They would not get tired. They would not seek advancement. They would not ask for pay rises. Process legal work would rapidly descend in cost.”  Yikes!

For the lucky senior partners of 2030, however, the future is rosier, because the report envisions that while legal clients in the AI world will want the cheap labor the robots will bring, they will also crave the knowledgeable advice of experienced lawyers:  “Clients would instead greatly value the human input of the firm’s top partners, especially those that could empathise with the client’s needs and show real understanding and human insight into their problems.”

Of course, some might question the notion that senior partners at large law firms can properly be associated with characteristics such as “human input,” “human insight,” understanding, and empathy, but let’s not focus on that objection for now.

I’m skeptical that law firms and lawyers will be replaced by AI and robots, because I think a huge element of lawyering involves the exercise of judgment, shrewd assessment of the motivations and goals of the people and entities involved in a transaction or dispute, and other qualities that just aren’t well suited to robotic applications.  Of course, you never know.  In the time I’ve been practicing there has been a significant change in how lawyers work due to the development of legal search engines, law databases, email communications, and other technological developments.  Perhaps lawyers only kid themselves in thinking that they are different from assembly line workers and can’t be replaced by our metal friends.

So we’ll just have to wait until 2030 to see if robots invade law firms.  If it happens, at least we’ve got one thing to look forward to:  robot lawyer jokes.